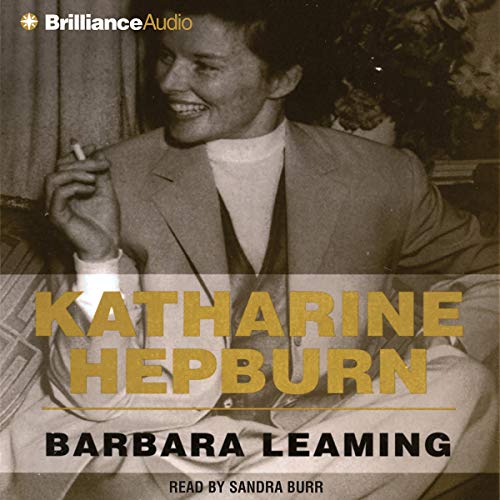 Hollywood has produced many stars, but no one compares to Katharine Hepburn. She is the last of the great ones: a celebrated actress, a brilliant personality, an original.

Barbara Leaming has discovered thousands of never-before-seen documents that finally illuminate the mystery of this enigmatic, fascinating woman. Based on letters by Hepburn, her friends, and her family, as well as interviews with Hepburn herself, Leaming's book is a family story that brings alive three generations of fearless women, personal and political crusaders who shaped the history of women in our century.

"Not often is a book about a film star more gripping than anything the star has played on the screen, but Barbara Leaming's biography has that distinction....Prodigious research has yielded a family history that is both revealing on its own terms and a necessary backdrop to any consideration of Ms. Hepburn's career." ( The New York Times)

Very informative, starts at Ms. Hepburn's beginning and goes all the way to the end. Explains a great deal of her ideology. Fascinating woman to say the least.

I have always loved and admired Katharine Hepburn. This showed some very interesting insights into her entire life and the most I have ever read about her complicated relationship with Spencer Tracy. I may not hold her on as high a pedestal as I once did, but learned a lot about her and what made her the woman she was. Highly recommend it.

a brief and lifeless telling

A brief and lifeless retelling of America's greatest actress. I picked this title because I loved the author's take on Betty Davis. woof. this was a huge departure from that.