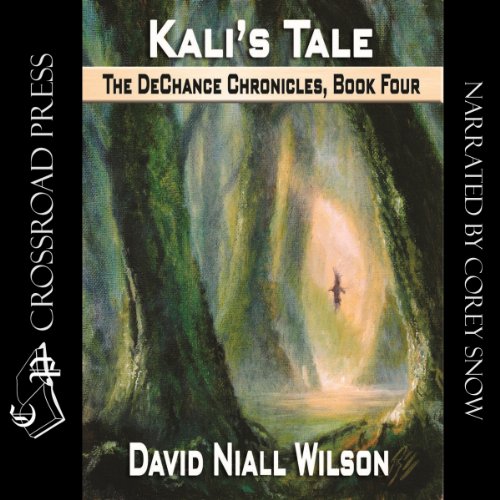 Donovan DeChance is a practicing mage, book collector, private investigator, and much more. When asked to follow in secret as a hot-headed group of young vampires set out on a 'blood quest' to kill the ancient who created the young vampire Kali against her will, he learns that - as usual - there is a lot more to the story than meets the eye. Through the juke joints of Beale Street in Memphis, to the depths of The Great Dismal Swamp, Donovan and his lover and partner, Amethyst, find themselves drawn along on one of the strangest quests in their long, enigmatic lives as they delve into the world of the undead, the magic of The Blues, and the very heart of alchemy both to protect their young, vampiric charges - and to prevent an ancient evil from destroying the balance of power in the universe.

This book directly crosses over to the original series O.C.L.T. - where Donovan is a sometimes consultant. It features appearances by Geoffrey Bullfinch and Rebecca York, O.C.L.T. agents, as well as Old Mill, North Carolina's own Cletus J. Diggs. Drawing the threads of several of his worlds into one carefully woven tapestry, David Niall Wilson has penned a tale that will appeal to fans of The DeChance Chronicles, O.C.L.T., Cletus J. Diggs, and several other locations and characters from the various worlds he has created.

The Books of the DeChance Chronicles read well as stand-alone novels, but are all part of the bigger series, beginning with the novels Heart of a Dragon and Vintage Soul, and continuing in the long novella, My Soul to Keep, which tells the origin of Donovan's power, and helps to explain his drive to maintain the world's balance of power.

If you enjoy Kali's Tale, you will also enjoy The Preacher's Marsh, The Not Quite Right Reverend Cletus J. Diggs & The Currently Accepted Habits of Nature, and the other books in both The DeChance Chronicles and O.C.L.T. series for more adventures with the characters and their worlds.

What listeners say about Kali's Tale: Book IV of the DeChance Chronicles

This story succeeded in surprising me a couple times. I will continue to listen to this series.

Which character – as performed by Corey Snow – was your favorite?

Looking forward to more of this author's works.