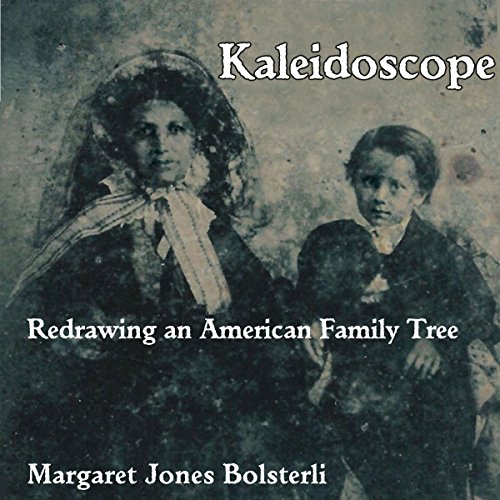 In 2005, Margaret Jones Bolsterli learned that her great-great-grandfather was a free mulatto named Jordan Chavis, who owned an antebellum plantation near Vicksburg, Mississippi. The news was a shock; Bolsterli had heard about the plantation in family stories told during her Arkansas Delta childhood, but Chavis' name and race had never been mentioned. With further exploration, Bolsterli found that when Chavis' children crossed the Mississippi River between 1859 and 1875 for exile in Arkansas, they passed into the white world, leaving the family’s racial history completely behind.

Kaleidoscope is the story of this discovery, and it is the story, too, of the rise and fall of the Chavis fortunes in Mississippi, from the family’s first appearance on a frontier farm in 1829 to ownership of over a thousand acres and the slaves to work them by 1860. Bolsterli learns that in the 1850s, when all free colored people were ordered to leave Mississippi or be enslaved, Jordan Chavis' white neighbors successfully petitioned the legislature to allow him to remain, unmolested, even as three of his sons and a daughter moved to Arkansas and Illinois. In Kaleidoscope, long-silenced truths are revealed, inviting questions about how attitudes toward race might have been different in the family and in America if the truth about this situation and thousands of others like it could have been told before.

Published by The University of Arkansas Press.

"Kaleidoscope‘s value as a memoir about the South can hardly be overstated." (Arkansas Historical Quarterly)

"This well-written and insightful narrative is a timely addition to the American drama." (Jeannie Whayne, author of Delta Empire and co-author of Arkansas: A Narrative History)