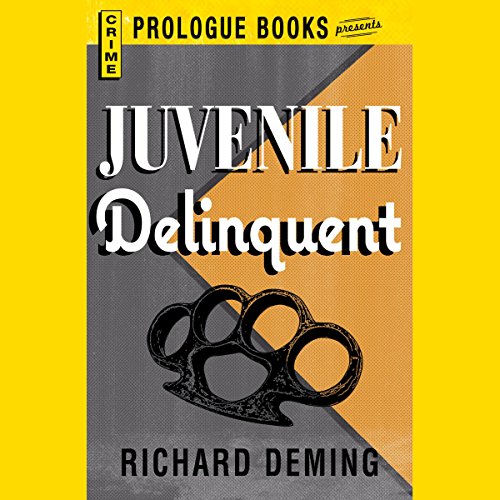 Manny Moon, the agile one-legged detective, is back on a case involving the son of his old friend Ed Brighton.

Young Joe Brighton had been found by the police standing over the dead body of Bart Meyers, president of the Purple Pelicans - a juvenile gang to which Joe belonged. The knife used to kill Bart belonged to Joe’s father, and the police believed they had an open-and-shut case. But Manny didn’t think Joe was a killer and when he started investigating he uncovered some very dangerous information that exposed a gang of dope peddlers. Manny had to keep one step ahead of them to save his own life and clear Joe from the murder charge.