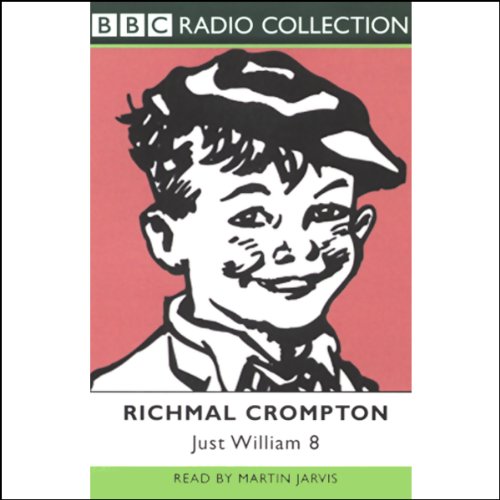 Now as famous on radio and audio as they are in print, the adventures of that irrepressible and ageless schoolboy William Brown have been delighting both young and old for decades. Perpetually scruffy, mud-stained, and mischievous, he is a lovable scamp whose pranks usually end in disaster, for his harassed elders at least. With friends Ginger, Douglas, and Henry (The Outlaws), and the angelic, lisping, thorn-in-his-side Violet Elizabeth Bott, William has rightly joined the literary, and radio, immortals.

This volume of Just William features the following stories:

Favorite when I was a child

Just William was a favorite of mine when I was growing up in England. I think the mischief he got up to would translate well today and resonate with American children too. Have fun.

It is a really hilarious book that keeps everyone happy. It is a great book to listen in the car. William's hilarious mishaps will keep everyone in stitches of laughter.

Who can resist Richmal Crompton's mischievous character, especially when read by Martin Jarvis? These stories are the perfect length to listen to while driving kids to activities. Entertaining and full of humor, you will arrive at your destination in a good mood.

I listened to or read bunches of these when I lived in England. Now we live in the states and I still like it.

We listened to the stories when we were kids and enjoyed them immensely. Nothing has changed over time and they are still mighty fine books to listen to.

Martin jarvis is great as narrator.
He gets William just right.
There is never a dull moment with William Brown.