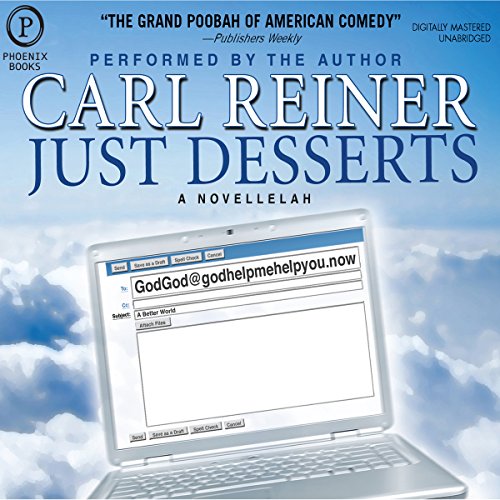 Successful romance novelist Nat Noland has just had his cage severely rattled. After receiving an email directly from God, he just can't seem to get anywhere with his new novel.

In Just Desserts, the grand poobah of American comedy, Carl Reiner, will have you holding your sides like never before. Follow Nat on his romps around New York City, as he tries to make sense of this divine intervention. Reminiscent of Mark Twain's Letters from the Earth, Just Desserts sparkles with the slapstick comedy and madcap hijinks that Reiner fans have loved for decades.

What listeners say about Just Desserts

what a wild ride!

when I started listening to this audiobook I had no idea where it was but I trusted the charming Mr Reiner to weave a tale of humor and wit that would get me to the end with a smile on my face... And he certainly did! I love this man!