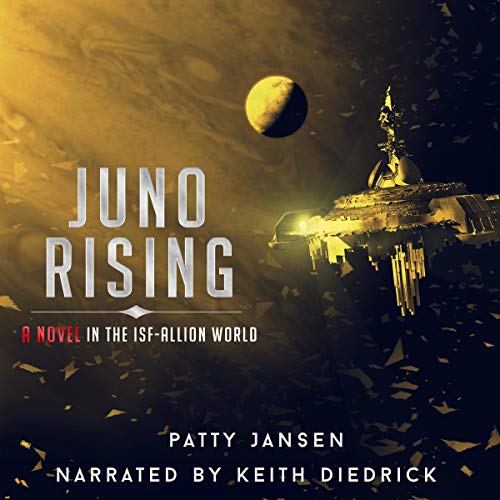 By: Patty Jansen
Narrated by: Keith Diedrick
Try for $0.00

A prisoner, a secret he can't remember, and the military force that will destroy planets to get their hands on it.

When Fabio Velazquez arrives on the secretive military base on Jupiter's moon Io, he knows two things: one, that he's had his memories erased and two, that he has a secret. Except because of point one, he can't remember what point two is.

The portents aren't good: he's hated by his fellow soldiers, responsible for "the greatest f***-up in military history", traitor, and human guinea pig. Yet, he managed to be trusted with a secret so big that the military has almost killed him and still haven't gotten their hands on it. Where is it, and who does it belong to?

His nickname might be Escape Artist, but in the hostile environment of Io there is no escaping punishment. Or so the military thinks, but they're not the only ones interested in him.

A secret group lurks in a base in the cloud tops of Jupiter. They watch. They wait. They will strike.

What listeners say about Juno Rising