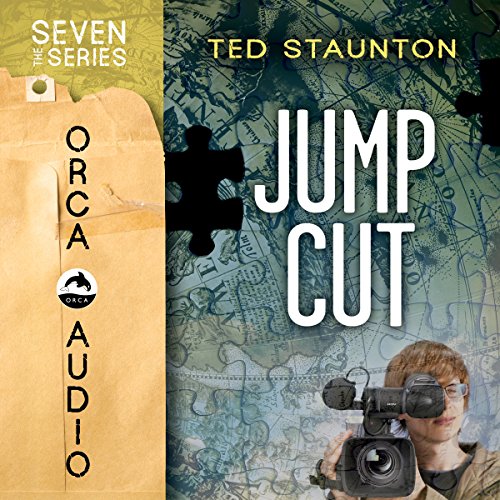 By: Ted Staunton
Narrated by: Mike Spring
Try for $0.00

Spencer loves movies, but real life is boring, right? When his late grandfather's will reveals the tasks he wants his grandsons to undertake, Spencer thinks he got screwed. He's not going to France or Spain or Africa. He's not even getting a cool tattoo, like his younger brother. No, he's going to Buffalo to get a kiss from an ancient movie star. Gross. And he's supposed to film it. Grosser. But Spencer hasn't bargained on Gloria Lorraine, star of the silver screen back in the day. Gloria has big plans - plans that involve her granddaughter AmberLea, a gun, a baker who might be a gangster, some real gangsters, and a road trip to Nowheresville, Ontario. After being shot at, jumping into an icy lake and confronting some angry bikers, Spencer finally realizes that real life can be as exciting (and dangerous) as reel life.

What listeners say about Jump Cut