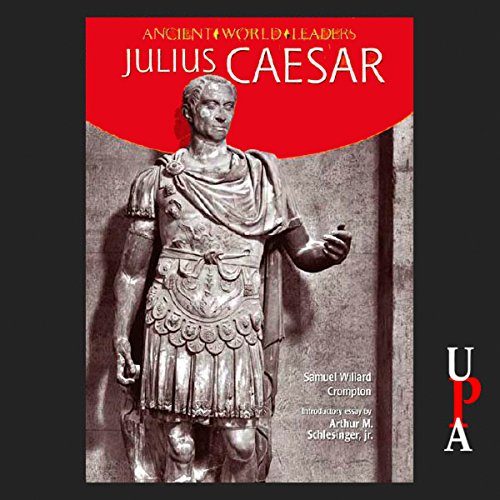 By: Samuel Willard Crompton
Narrated by: John Lescault
Try for $0.00

History records few individuals as brilliant, powerful, and ruthless as Julius Caesar. Born into the Roman aristocracy, he surpassed the reputation of his family and altered the history of Rome and the Mediterranean world. When Caesar was born in 100 B.C., Rome was a city-state with a republican form of government. When he died in 44 B.C., Rome was on its way to becoming an empire. In those short 56 years, Caesar conquered the Gauls, began the Roman conquest of Britain, and campaigned from Spain to Egypt.

Learn about this master politician's rise to power, and how he used alliances, as well as his own military skill, to become one of the ancient world's most powerful leaders. The book is published by Chelsea House Publishers, a leading publisher of educational material.

What listeners say about Julius Caesar