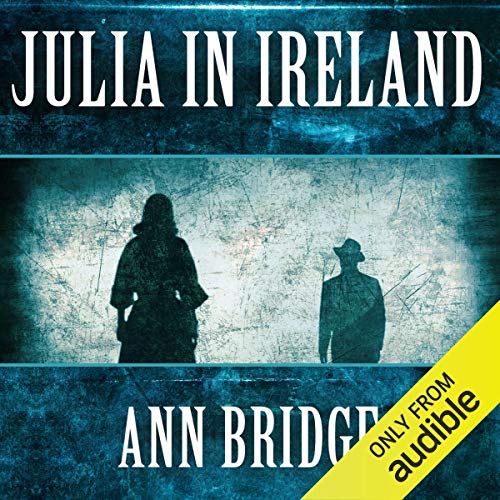 While on her last assignment with British Intelligence in Morocco, the widowed Julia Probyn Jamieson meets and is strongly attracted to an Irish country lawyer, Gerald O'Brien, who is travelling with friends of hers. O'Brien has asked Julia to marry him but she delays her decision until he has met her five-year-old son Philip, who is somewhat hard to handle.

Boy and man take to each other, and it becomes clear that Gerald will be an ideal stepfather. On his part, Gerald insists that she come to Ireland to see his modest home and meet his friends and neighbors before she makes up her mind, for his world is far different from the glamorous cosmopolitan one she is accustomed to.

Julia's quiet vacation is interrupted when she stumbles upon a plot by an unknown land speculator who, with the unwitting aid of an attractive American woman and an Irish poet, is surreptitiously buying a strip of land along the coast for the purpose of building a huge resort hotel and casino. The intrepid Julia is drawn in as a participant when she joins Gerald in his investigation of this devious scheme, which will destroy the wild beauty of the coast and disrupt the peace of the community.

Ann Bridge (1889-1974), or Lady Mary Dolling (Sanders) O'Malley was born in Hertfordshire. Bridge's novels concern her experiences of the British Foreign Office community in Peking, in China, where she lived for two years with her diplomat husband. Her novels combine courtship plots with vividly-realized settings and demure social satire. Bridge went on to write novels around a serious investigation of modern historical developments. In the 1970s Bridge began to write thrillers centered on a female amateur detective, Julia Probyn, as well writing travel books and family memoirs. Her books were praised for their faithful representation of foreign countries which was down to personal experience and thorough research.

I’ve enjoyed the whole Julia Probyn series, but this last one is a disappointment. The story is thin, none of the spies, intrigue, clever plots of the previous ones. The Irish setting is well evoked, but the main, new, male character for me is hard to envisage. Usually Elizabeth Jasicki reads well, but her Irish accents are far from accurate; although certainly better than her Scottish ones, which, as a Scot, I know to be dreadful! I would recommend stopping at Malady in Madeira, as this one is a let down