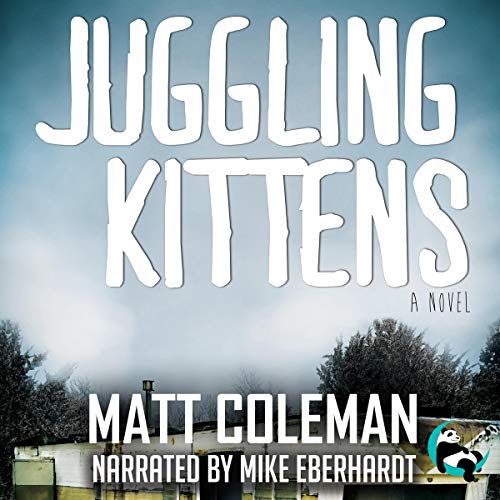 By: Matt Coleman
Narrated by: Mike Eberhardt
Try for $0.00

Ellis Mazer is a soon-to-be father, a first-year English teacher, and a directionless 20-something entering the directionless 2000-somethings. Local and national tragedies feed Mr. Mazer's seventh-graders the essay fodder that almost makes his job bearable. But when Spencer - trailer trash with more ringworms than friends - stops coming to school, Ellis discovers that he may be the only person who even notices, much less cares. What begins as a good-natured attempt to deliver some makeup work tumbles headlong into a quest deep into hillbilly noir in an attempt to verify that there is still some good in what appears to be a crumbling world.

Ellis is partnered with the Drew - full-time assistant principal, part-time private detective. He and the Drew explore the shadows and calluses of backwoods Arkansas to find that Spencer's disappearance is directly linked to the disappearance of a little girl. And it doesn't much feel like anyone wants the truth of what happened to either kid to emerge. Even Ellis is unsure of how much he cares. He only knows that in order to believe in his ability to be a husband or father, for some reason, he must find Spencer.

Among the swirling depravity of society, the crippling panic of impending parenthood, and the mounting scrap heap of seventh-grade essays, one Arkansas town sees two kids go missing. Ellis Mazer only wants to find one of them. And if he can pull that off, he might not ever become a good teacher, but he might at least become a good person.

What listeners say about Juggling Kittens

The narration by Mike Eberhardt brought the book to life. The characters were captivating. I would recommend listening to this narrator.

Absolutely adore this book! It was such a great story and the characters where so well portrayed! I’m ready for a second book already or a book focused just on Danny Malory!

This story was like a thrill ride with some fun twists and turns. The narration felt genuine and sincere. Would definitely recommend.

I'm typically a Fantasy/SciFi listener, but I thought the title interesting so I gave it a try. I found that I had a lot in common with the main character as I too was a middle school teacher in 2001 and was getting ready to start a family. Listening to the story brought up a lot of memories. The narration was fun and lively. It was the first book of Mike Eberhardt that I've listened to, and I really enjoyed his voices for Marty Hobbs and The Drew. I look forward to listening to more from him in the future.