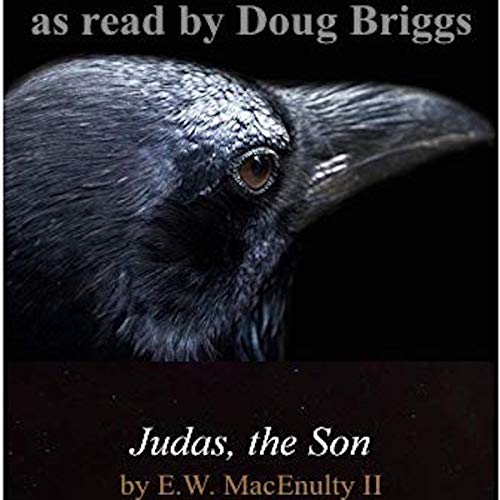 What’s in a name? For Judas Thomas, named after the infamous betrayer, a great many things. For centuries, Judas Iscariot has been the most despised figure in Western civilization. Betrayer or scapegoat? For a young boy born in 1970, his greatest obstacle in life is not his conception by a violent rape or his difficult and strict upbringing in a Catholic orphanage nor his mixed race. For this young orphan, his greatest challenge is his name: Judas, named for the infamous betrayer-disciple. This is the story of one boy’s rise from orphan to courtroom zealot to felon and finally to father and the ultimate sacrifice.

This is the striking debut novel by E.W. MacEnulty II.

What listeners say about Judas, the Son

This is an amazing novel
The story is a little bit strange in places. And I admit that I only understood it when I read the last paragraph (I think ).
It does have a religious theme but this is integral to the storyline.
Pick up the book and stay with it - It is a very rewarding read/listen.
Narration is good with lots of passion and emotions.
I received a free copy of this audio book at my own request and voluntarily leave this honest review. .

I absolutely loved it. This book was really emotional for me. The narration was superb and gave the story that extra flair! The author did an excellent job with the character builds and plot. This was my first book by this author but definitely not my last. I look forward to reading more books by this author. I was given this free review copy audiobook at my request and have voluntarily left this review.