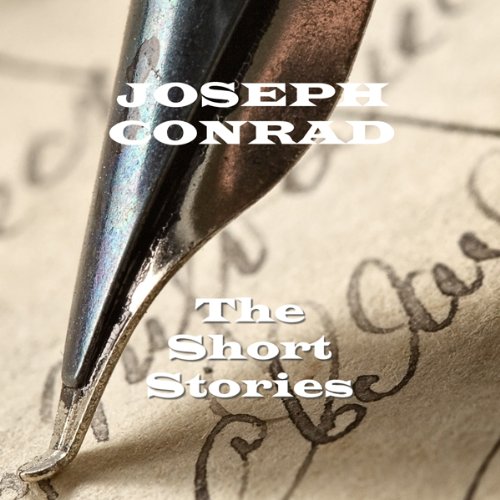 By: Joseph Conrad
Narrated by: Richard Mitchley
Try for $0.00

Born in 1857 in Poland, Joseph Conrad became a British citizen just before he turned 30. In the intervening years he lost both parents, becoming an orphan at 11, being thereafter raised by an uncle, who let the boy go to Marseille at age 16, where he began to work on merchant ships - which at times included stints of gun running and the intrigue of political conspiracy. At age 36 his life turned from one of ships to one of literary pursuit.

Conrad brought to English literature both a fresh layer of style and a deeper examination of the human psyche in a wealth of works. He wrote many novels, which are correctly regarded today as some of the finest in English literature. Among their canon are Lord Jim, Nostromo, The Shadow Line, and of course Heart Of Darkness. In this audiobook we dwell among his numerous short stories and the heart of Joseph Conrad. These stories are read for you by Richard Mitchley.

What listeners say about Joseph Conrad: The Short Stories

There is no list of stories on the description, so I hope this helps. Here we have:

THE BRUTE (1906) "Strange are the instruments of providence," Conrad says, as he relates the story of a very odd ship.

THE LAGOON (1897) While traveling through a rainforest, a man must stop for the night. There he hears a story of filial deception and betrayal.

YOUTH (1898) Veteran sailors sit drinking as Marlow looks back to a time a couple of decades earlier when he was a second mate on a ship called the Judea.

THE INFORMER (1906) Our narrator is introduced to "Mr X" through a friend in Paris. While Mr. X espouses anarchist ideals, he is nonetheless steeped to the bone in self-indulgent luxury. He shows his host how the two seemingly contradictory things can dovetail quite neatly when the circumstances are right.

Richard Mitchley is a pleasant narrator of British stories. (He's very good on the trio of Bram Stoker stories, too).

As ever, one wonders at Conrad's skill both at telling a compelling tale and in writing in what was his third language (after Polish and French).