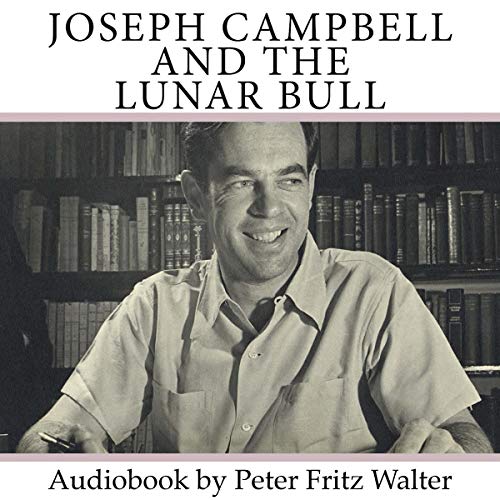 Joseph Campbell and the Lunar Bull (Great Minds Series, Vol. 7) - 2017 Revised, Updated Edition - is a study on the great genius of one of the most influential mythology scholars of our times. The review shows that the historical transition from matriarchy to patriarchy seems to never haven taken place on the level of the unconscious. On the contrary, it appears that the intrinsic symbolism of the soul level, the content of the collective unconscious, the level of spiritual visions is one of the matriarchal goddesses and cosmic energy holders, such as the Mythic Bull or Lunar Bull, and the Serpent.

Joseph Campbell was not only one of the greatest scholars humanity has known but also a fighter for the true expression of individual soul values, autonomy, self-reliance, and true democracy. He, as not many others, unveiled the hidden fascism in our Judeo-Christian root culture that traditionally murdered the out-group while preaching to love one’s neighbor, thereby representing one of the most hypocritical religious paradigms around the world.

Campbell’s mythology research is today backed up by the insights of Carl Jung and researchers on shamanism and entheogens such as Ralph Metzner or Jeremy Narby, as well as reports of personal experiences with matriarchal gods and goddesses manifesting through the intake of entheogens such as Ayahuasca. What we can learn from embracing mythology, as this monograph shows, is to find solutions that are viable and durable because they are integrated in the landscape of soul and our collective unconscious, and not just green table solutions that may temporarily appeal to our rational mind.

The volume presents a short biography, reviews of all of Campbell’s acclaimed books, quotes, and comments, as well as a bonus essay by Peter Fritz Walter entitled "The Lunar Bull", which puts a focus upon the spiritual significance of matriarchy.