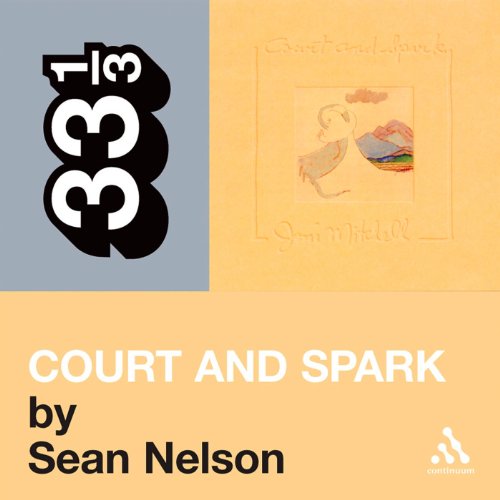 By: Sean Nelson
Narrated by: Jonathan Davis
Free with a 30-day trial

Court and Spark is Joni Mitchell's most overt attempt at making a hit record, full of glossy production, catchy choruses, and even guest stars from every stratum of rock culture, high (Robbie Robertson) and low (Cheech and Chong). The record was a smash, reaching number two on the charts in March of 1974; spawning three hit singles ("Help Me", "Free Man in Paris", and "Raised on Robbery"); and cementing Mitchell's position as a commercial as well as an artistic force.

Sean Nelson, a well known musician himself (Harvey Danger, the Long Winters), is particularly well equipped to understand all the elements that went into the making of this classic album, and he does so with clarity and wit.