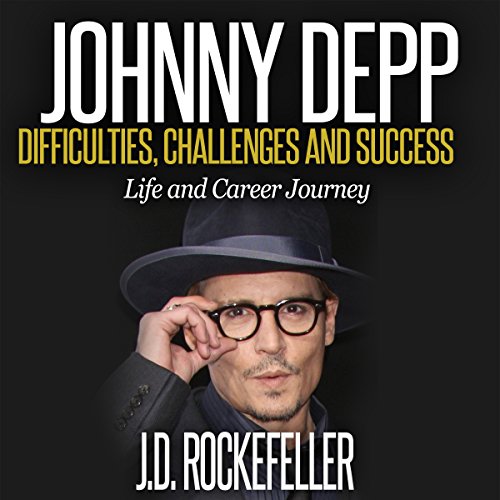 The world of show business has never been easy for anyone. Once given the chance, one must take care of it the same way one takes care of valuable things. One great mistake can affect your whole career, no matter how high your achievements are.

Johnny Depp is considered one of the most renowned and successful actors in terms of box office, in which he draws recognition. He has formed a solid bond with moviegoers who span over several generations, because of his ability to absorb himself into a particular assortment of dynamic characters.

His real-life story is filled with several surprising turns and twists. In his younger years, he had musical aspirations until he discovered and learned to love the allure of the big screen. He emerged from his teen idol days in order to find success in a string of box office hits. Depp has a unique ability to bring characters into life, including certain high-profile collaborations with top directors as well as a lucrative relationship with the Disney team, who directed the Pirates of the Caribbean series.

Johnny Depp was able to establish a solid reputation and knows what moviegoers want. He also has shown desire and interest in choosing projects, which is based more on the challenge of a role than potential for box office success. Moreover, he has managed to balance between choosing roles for true love and reenacting familiar roles with renewed enthusiasm. To know more about the life of Johnny Depp, including his accomplishments, difficulties, and influence on the world, listen to this book.

I enjoyed this book because it gave some good insight to the actor. I have been a fan for many years and think he is not really appreciated as much as he should be. I love the humor in this story very much. It gave an excellent balance to the facts. Thank you for the book and the knowledge of Johnny.

this was just a bunch of facts and it missed many of the important facts in his life. I hate that I wasted a credit on it. love me some johnny but not this way.

although the facts were there it was as if I was listening to a weather report rather than an amazing journey through an incredible actors life.

It's a interesting bit of info...