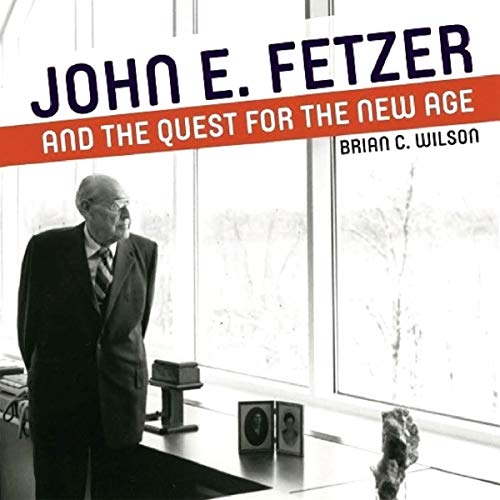 John E. Fetzer and the Quest for the New Age

By: Brian C. Wilson
Narrated by: Gary MacFadden
Try for $0.00

John E. Fetzer and the Quest for the New Age follows the spiritual sojourn of John E. Fetzer, a Michigan business tycoon. Born in 1901 and living most of his life in Kalamazoo, Fetzer parlayed his first radio station into extensive holdings in broadcasting and other enterprises, leading to his sole ownership of the Detroit Tigers in 1961. By the time he died in 1991, Fetzer had been listed in Forbes magazine as one of the 400 wealthiest people in America. And yet, business success was never enough for Fetzer - his deep spiritual yearnings led him from the Christianity of his youth to a restless exploration of metaphysical religions and movements ranging from Spiritualism, Theosophy, Freemasonry, UFOology, and parapsychology, all the way to the New Age as it blossomed in the 1980s.

Author Brian C. Wilson demonstrates how Fetzer's quest mirrored those of thousands of Americans who sought new ways of thinking and being in the ever-changing spiritual movements of the 20th century.

Over his lifetime, Fetzer's worldview continuously evolved, combining and recombining elements from dozens of traditions in a process he called "freedom of the spirit." Unlike most others who engaged in a similar process, Fetzer's synthesis can be documented step-by-step using extensive archival materials, providing listeners with a remarkably rich and detailed road map through metaphysical America.

John E. Fetzer and the Quest for the New Age offers a window into the rich and complex history of metaphysical religions in the Midwest and the United States at large. It will be listened to with interest by those wishing to learn more about this enigmatic Michigan figure, as well as those looking for an engaging introduction into America's rapidly shifting spiritual landscape.

What listeners say about John E. Fetzer and the Quest for the New Age

this is a religious work.

oopsie on my part, thought this was a history title, but its actually about his religious life; and while that isn't a bad thing, its not what I was looking for.

A compelling story of search for spirituality and building a legacy of one man for the benefit of entire world. What a gift he was!
I'm so glad this book has been produced to educate about his vision.