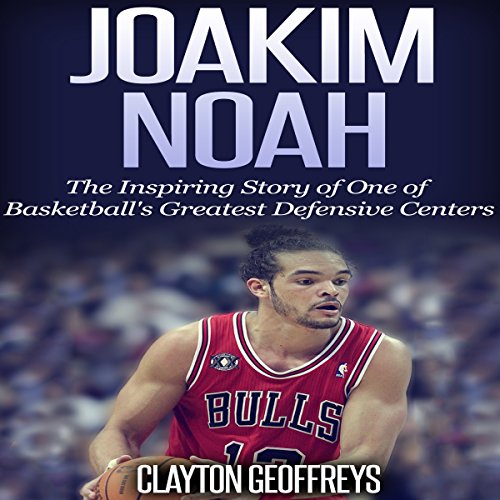 Learn the Incredible Story of Chicago Bulls Star Center Joakim Noah Joakim Noah: The Inspiring Story of One of Basketball's Greatest Defensive Centers is a short, unauthorized biography of Joakim Noah highlighting his rise to stardom since an early age, when he was raised by two athletic parents. Joakim Noah's heart and passion for the game of basketball are what make fans adore him. His fiery spirit carries over into the way his teammates play collectively as a united front. While the Bulls have experienced setbacks in the past few NBA seasons due to injuries to critical players like Derrick Rose, Joakim Noah has been a rock for the franchise, demonstrating exemplary leadership on and off the court. Exciting times lie ahead for the Bulls with Derrick Rose's return and the new addition of Pau Gasol. Read on to learn about Joakim Noah's upbringing in New York City and ultimate journey into the NBA from his college years at the University of Florida.

I enjoyed this title. My only complaint is that the reader licks his lips a bit. Which is gross. Worth the money though.