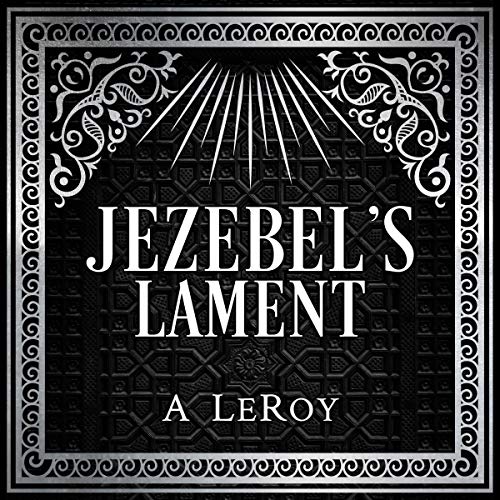 Will no-one rid me of this troublesome prophet?

Jezebel. Yes, that Jezebel. The queen whose name for millennia has stood for female wickedness. Killer of innocents. Seducer of priests. And the Old Testament's greatest supervillain!

Not so fast, says Jezebel herself. Mad as hell at the reputation history has dealt her, she enlists "a failed writer of obscure poetry and other works no-one cares to read" to tell her side of the story in this audiobook.

Not "harlot queen", she insists, but "virgin bride", not murderer but moderate, and certainly not the bad guy in her struggle with the prophet Elijah, that "unkempt fire-and-brimstone hairy hermit", and his successor Elisha.

It's a riveting and saucy yarn, weaving invention around Scripture's narrative, while offering compelling insights into the "monsters" who live, and even rule, among us!

Let this royal rant transport you to one of the Bible's greatest showdowns, and into the mind of a great antagonist.

What listeners say about Jezebel's Lament

LeRoy does it again!

LeRoy pens a unique story in Jezebel's Lament. And when he says "Jezebel", he does mean the famous or infamous Jezebel in the Bible. I love reading and listening to LeRoy's stories, one because they are unique, and two, because he is just that good. I love this perspective of Jezebel, and she is trying to deal with her "reputation" that clearly exists to this day. I recommend reading and listening to the preface, and especially the introduction, which starts out as "I, Jezebel, a harlet by repute, an appoint a poet to set the record straight..." and if she did, she chose the perfect prolific poet in LeRoy. Magnificent story, kept this reader turning the pages. A definite attention grabber. It was both intriguing, and entertaining, while making the reader really care about Jezebel, and even wonder if was what foretold was the truth. There is always more to a person than their reputation. I look forward to reading more by this author. This book is a definite recommendation by Amy's Bookshelf Reviews.

3rd of the "Epics," all of which are entertaining!

"Jezebel’s Lament" is the 3rd of the Epics series by Abdiel LeRoy, all of which have been different and entertaining.

To begin with, this is the flipside of the biblical story of Elijah – Jezebel’s version of what was going on in her world when the prophet made his appearance in King Ahab’s Israel around 900 B.C. She is telling her side of the story because she feels that she doesn’t deserve the reputation that history gave her. There are two sides to every story.

This is read by the author himself, and right off the bat; he made me laugh out loud. Truly, Abdiel is a talented writer, and secondly, he sounds great. Not familiar with the specifics of Jezebel’s story? This telling was exciting and eye-opening. The author’s done a lot of research, and if this short reading piques your interest, he tells you some of the sources he used and recommends.

This story is for a mature audience and would be especially useful for when you have a brief period of time to sit and enjoy the whole from start to finish.

I voluntarily reviewed this after receiving a free copy.