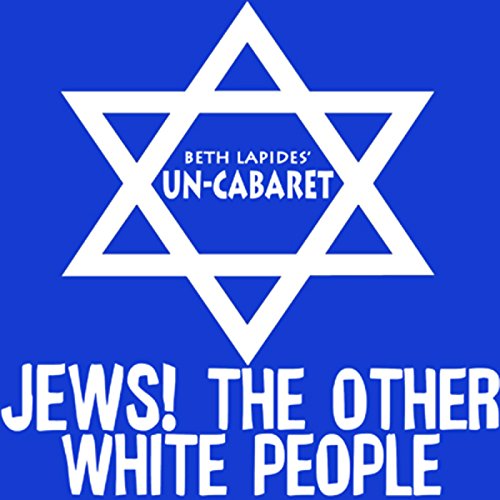 Jews! The Other White People

ALAN ZWEIBEL ("The Day I Got Caught Playing with Myself in Hebrew School") has received five Emmy Awards, six CableACE Awards, and three Writers Guild Awards for his work in television, which includes Saturday Night Live. His fiction has appeared in such diverse publications as Mad Magazine, The New Yorker, and The Atlantic. His most recent novel is The Other Schulman.

STEPHEN GLASS ("Hitler's Willing Executioner, Me?") is the author of The Fabulist.

BETH LAPIDES ("The Ish Factor") is host and curator for Un-Cabaret, "Say the Word", and the "Other Network". She is a commentator for NPR's All Things Considered and The Huffington Post. Her first book, Did I Wake You? Haikus for Modern Living was published in November 2006.

ROB COHEN ("Bar Mitzvah Boy") is an Emmy-winning writer for The Ben Stiller Show and The Simpsons and a writer for Saturday Night Live and American Dad.

These performances were recorded at Un-Cabaret's reading series, "Say the Word", featuring great comedy writers reading their own original first-person nonfiction. For more information about shows and workshops, go to www.uncabaret.com.

ADVISORY: Some content may not be appropriate for minors.

What listeners say about Jews! The Other White People

I cannot believe the paucity of the humour in this Un-cabaret un-comedy.

If it were better, it would be mediocre. It sounds like the "comedians" are reading their scripts to a canned audience.
South Africans would describe this book as "kak".