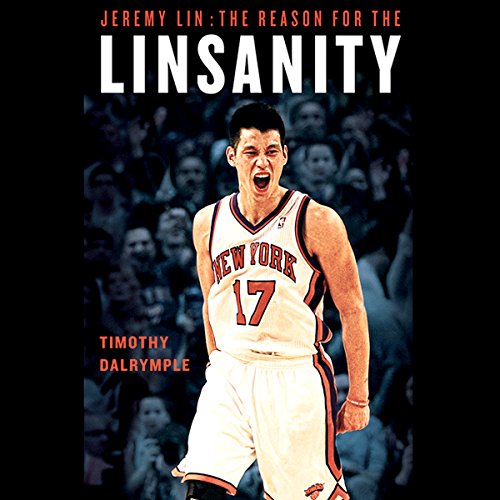 The Reason for the Linsanity
By: Timothy Dalrymple
Narrated by: Feodor Chin
Length: 7 hrs and 3 mins
Categories: Bios & Memoirs, Celebrities
5 out of 5 stars 5.0 (1 rating)

Harvard graduate Jeremy Lin recently became a New York Knicks phenomenon and he's the NBA's first American-born player of Taiwanese descent. The book will chronicle Lin's high school, college and early career in the NBA with particular emphasis on the media explosion surrounding his success as starting point guard with the Knicks. It will explore how Jeremy's Christian faith, family, education and cultural inheritance have contributed to his success. The book will also include interviews with basketball experts on Jeremy's future in the NBA, Asian-American thought leaders on the role of race in Jeremy's rise to stardom, and renowned Christian athletes and pastors on the potent combination of faith and sports.

It shows someone who was constantly told he wasn’t good enough to play basketball at a professional level. But because he worked hard and played basketball to the best of his ability for God he proved everyone wrong