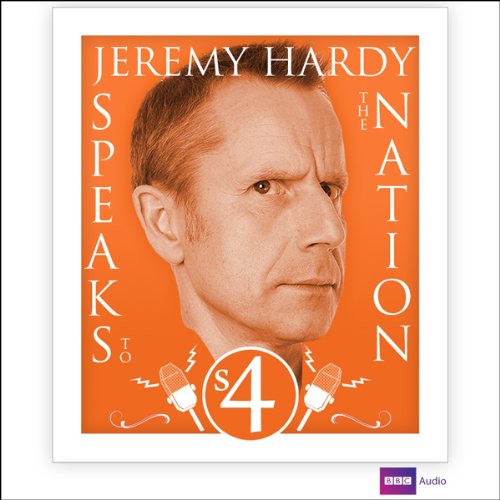 Few can forget where they were 20 years ago when they first heard Jeremy Hardy Speaks to the Nation.

The show was an immediate smash-hit success, causing pubs to empty on a Saturday night, which was particularly astonishing since the show went out on Thursdays. Since that fateful first series, the show has gone on to win Sony awards, Writers Guild nominations, and a Nobel Prize for Chemistry with lines like "Kids should never be fashion slaves, especially in the Far East. My 12-year-old daughter asked me for a new pair of trainers. I told her she was old enough to go out and make her own."

This is the Complete Fourth Series, and contains five episodes, including:

Jeremy does it again

Where does Jeremy Hardy Speaks to the Nation: Series 4 rank among all the audiobooks you’ve listened to so far?

Has Jeremy Hardy Speaks to the Nation: Series 4 put you off other books in this genre?

No, it's the opposite I want to listen to more audio books.

What about Jeremy Hardy and Gordon Kennedy ’s performance did you like?

Made me laugh, out loud and often

Jeremy Hardy has a great observational skill and excellent delivery, I will continue to listen to this series