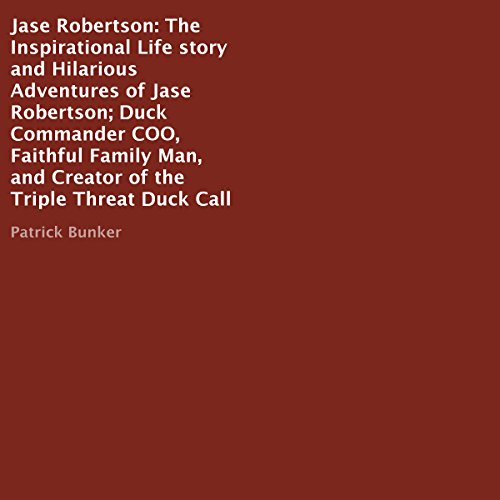 Duck Dynasty has become a cultural phenomenon in America in addition to a wide range of other countries across the world in a relatively short amount of time. Jase Robertson is one of the stars of Duck Dynasty and he is a positive role model both on and off the screen. This book was created to teach people about the life and accomplishments of Jase Robertson.

You will learn about Jase's humble Louisiana upbringing where he lived a simple life. Hunting, learning, and working were the daily activities during Jase's childhood. He grew up working with Duck Commander, which is the family business. This early exposure to business is responsible for the entrepreneurial mentality that Jase has today.

When Jase is not working on the family business or going hunting, he is spending time with his family and spreading the word of God. Jase considers himself to be a very religious person and he enjoys teaching other people how to become religious too. Jase has developed quite a following over the years and today he is contracted to make numerous public speaking appearances.

With such a busy schedule, it is difficult to imagine that Jase would have any time to spend with his family, but this is definitely not the case. Jase considers his family to be the most important influence in his life. He makes many personal sacrifices so that he can spend time with his children and help them become productive adults. Jase also realizes that his family has been responsible for helping him learn many of the most important lessons in his own life.

What listeners say about Jase Robertson

Narrator sounded like a computer voice and storyline was very adolescent. My trust in Audible was betrayed with this offering.