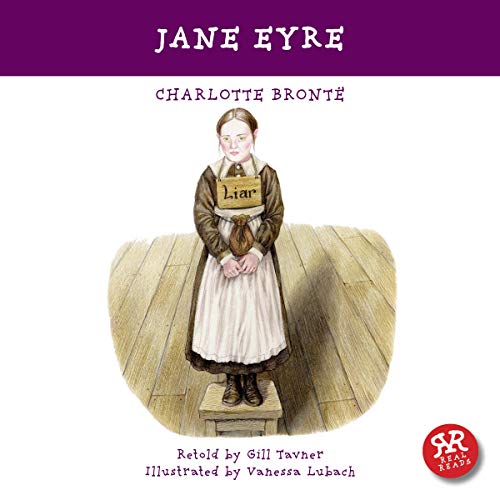 One of a series of retellings of classic world literature from publisher Real Reads. True to the original plot, characters and theme, Real Reads also reflect the original author's style. A brilliant introduction to Bronte's compelling story. Jane Eyre is poor, parentless and plain. her future looks bleak. Jane's aunt and cousin detest her. Life at Lowood School is cruel and dangerous. What inner strength can young Jane find?

Seeking adventure and independence, Jane sets out alone. Is her new master, Mr Rochester, all that he seems? What secret does he keep locked in the third storey, where strange laughter haunts the nights? In her search for affection, Jane faces horror, cruelty, poverty and temptation. Is she strong enough to do what is right? Will she ever mean anything more to anybody than poor, plain Jane Eyre?