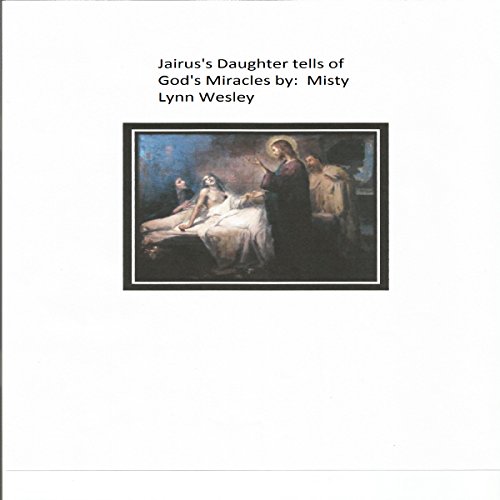 Do You Believe in Miracles?
By: Misty Lynn Wesley
Narrated by: Eileen Rizzo
Length: 7 mins
Categories: Religion & Spirituality, Christianity
5 out of 5 stars 5.0 (1 rating)

By: Misty Lynn Wesley
Narrated by: Eileen Rizzo
Free with a 30-day trial

What listeners say about Jairus' Daughter Tells of God's Miracles