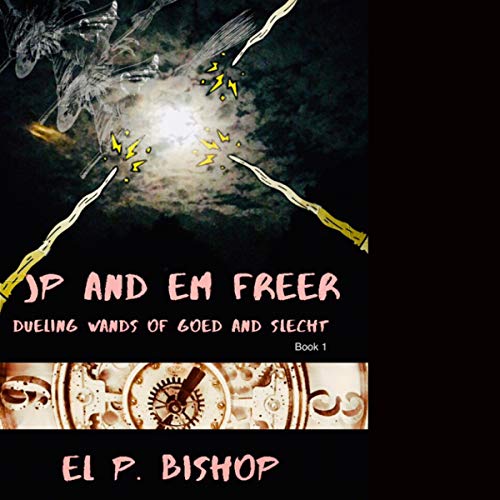 A new conflict, Praeteritis Diebus, has begun to emerge in the entire natural, mystical world of the Altum between the leader of Hemel and the leader of Inferis; and the magical middle realm of the Middenweg is starting to cave in between...again!

Meanwhile, young sisters JP and Em Freer live a “dof” existence in the physical world with their mother Elle and father Markard in Rose Fell; that is until their Aunt Alice (Elle’s sister), moves into town and DASHITALL! She loses her toverstaf in the process: Her wand chosen for her to keep the Middenweg in order...or so she thinks it’s merely lost. No matter. She has her nieces to help her, and unbeknownst to them, JP and Em are naturally chosen to seek it out inside the Middenweg.

With that, they are off to journey through the natural, mystical world where all bloeds, smudgens, and smidgens are free to roam as their true selves instead of hiders among doffers of the physical world. Along the way, JP and Em gain trust in their aunt and begin to free their fears. They also discover that they’ve been chosen to be a lot more than wand-seekers.

What listeners say about JP and Em Freer