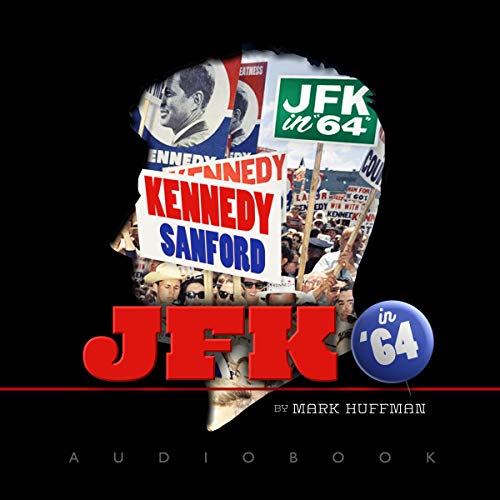 On November 22, 1963, President John F. Kennedy visited Dallas, where the course of history changed. But not the way you think.

In this telling of the story, events occur that prevent the president's motorcade from reaching Dealey Plaza where assassins wait. The traumatic memories of that weekend never exist.

In this parallel universe, the president returns to Washington and begins plotting his campaign for reelection while trying to keep a lid on America's racial cauldron, dealing with volatile international issues, and coping with increasing physical infirmities that threaten his political future. Meanwhile, Lyndon Johnson barely escapes jail and becomes Washington's first super-lobbyist.

Historians have often wondered what would have happened had JFK not died in 1963. Mark Huffman imagines what 1964 would have been like.

What listeners say about JFK in '64