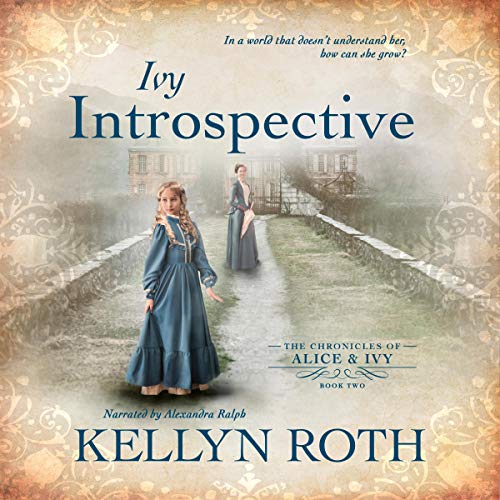 By: Kellyn Roth
Narrated by: Alexandra Ralph
Try for $0.00

In a world that doesn't understand her, how can she grow?

Ivy Knight lives her life in a blur of confusion as the world passes her by in a tumultuous melody. She isn’t the perfect daughter or student, but as long as she can be with her family, she doesn’t mind watching rather than living.

Mrs. Chattoway treasures both of her granddaughters now that they’re reunited. When Ivy’s parents enroll her in a Scottish school for unique children, she’s happy to chaperone.

In a new place with a new guardian, Ivy discovers a special talent that helps her see the blurred world in a new way. There’s a light at the end of the tunnel, and Ivy becomes determined to find it - and help others do the same.

Ivy Introspective is the second novel in a Christian family saga, The Chronicles of Alice and Ivy.

What listeners say about Ivy Introspective