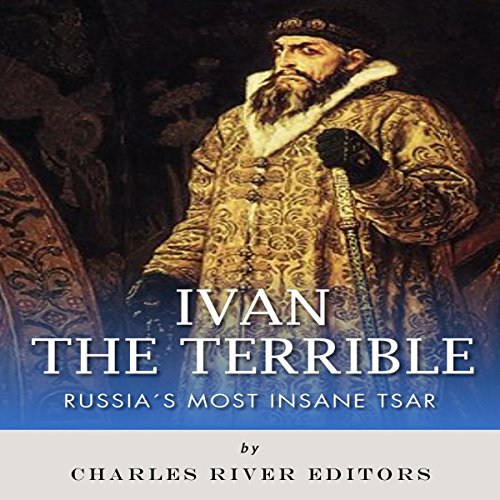 Sixteenth-century Russia remains, for most Western audiences, a dark and terrifying space, wrapped in mystery and myth and isolated from states such as England or France, whose heroes are well-known throughout Europe. The traditional dichotomy between East and West is most apparent in the discussion of the remarkable political figures that defined this century. While Western rulers, such as Elizabeth I, Francis I or Charles V, Holy Roman Emperor, have been endlessly and almost exhaustively treated in historical works, their Eastern counterparts have rarely attracted the attention of professional historians outside their respective regions.

As a result, audiences in search of reliable information on Ivan IV's personality and reign are faced with a rather bleak situation. They can either resort to the extremely biased image conveyed by Russian historiography, or to the often superficial and sensationalist histories written by Western authors, who, perhaps unintentionally, crafted a narrative that fit the stereotypes regarding what the West thought of the East at the time. While certain factual aspects regarding Ivan IV's reign can certainly be deduced from the primary sources that have withstood the test of time, the majority of accounts dating from the 16th century and after must be evaluated critically, and read in light of certain traditions and ideas that circulated in the region regarding the model ruler and the tyrant. Naturally, this makes it hard for contemporary audiences to determine whether Ivan IV was worthy of the epithet "Groznyi" ("the Terrible").

What listeners say about Ivan the Terrible

Ivan was not bad for his time.

History has a strange way of vilifying those who did things that upset the Kazarians.