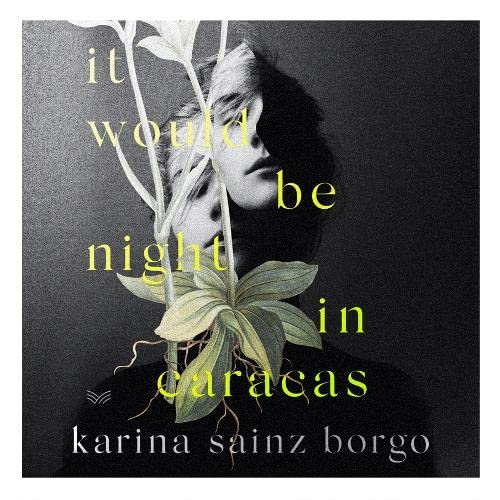 It Would Be Night in Caracas

An urgent literary phenomenon sold in over 22 languages before publication, a gripping tale of one woman’s desperate battle to survive the dangerous, sometimes deadly turbulence of modern Venezuela.

In Caracas, Venezuela, Adelaida Falcon stands over an open grave. Alone, except for harried undertakers, she buries her mother - the only family Adelaida has ever known.

Numb with grief, Adelaida returns to the apartment they shared. Outside her window tear gas rains down on protesters in the streets. When looters masquerading as revolutionaries take over her apartment, Adelaida resists and is beaten up. This marks the beginning of a fight for survival in a country that has disintegrated into violence and anarchy, where citizens are increasingly pitted against each other.

From a powerful, new voice, It Would Be Night in Caracas is a chilling reminder of how quickly the world we know can crumble.

"There is, in Sainz Borgo’s evocative, nightmarish descriptions, echoes of the dystopian world of The Handmaid’s Tale...this is a worthy and timely novel that will appeal to readers who want to learn more about a very troubled country." (Irish Times)

"A gripping novel about a young woman raised in a prosperous Venezuela who must now contend with a disintegrating country where she waits in bread lines every day and is unable to protect her apartment from looters." (New York Post)

What listeners say about It Would Be Night in Caracas