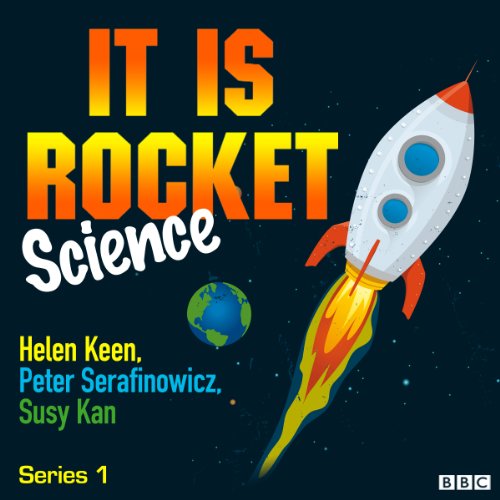 It Is Rocket Science: Complete Series 1

Helen Keen presents this funny, off-beat but factually accurate series exploring the science of rockets, the history of space travel and the brilliant but occasionally warped brains behind it all.

In these four episodes, she finds out about the three fathers of rocket science; examines how Wernher Von Braun went from SS officer to American space supremo to Disney children's presenter; takes a look at the breath-taking drama of the Space Race and its evil twin the Cold War; and asks if humanity will ever make it to the stars, while pondering some of the greater mysteries of the universe, such as time travel, parallel universes and faster than light travel.

It Is Rocket Science is performed by Helen Keen and stars Peter Serafinowicz as the Voice of Space, with all other parts played by Susy Kane. Written by Helen Keen and Miriam Underhill. Produced by Gareth Edwards.

What listeners say about It Is Rocket Science: Complete Series 1