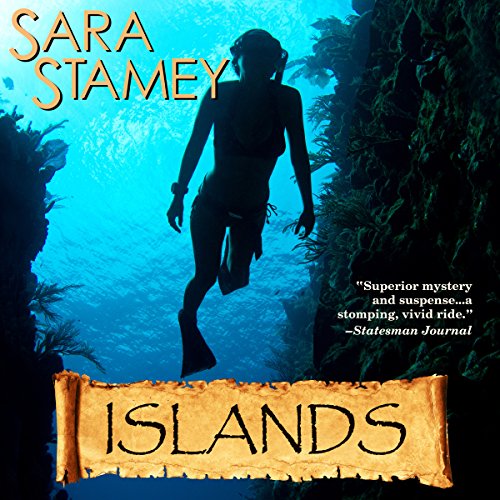 By: Sara Stamey
Narrated by: Christine Marshall
Try for $0.00

A ForeWord Book of the Year finalist. A romantic suspense and adventure.

"Welcome to paradise," archeologist Susan Dunne hears on arrival at the Caribbean island to research petroglyphs and unravel the mystery of her brother's drowning. Was John murdered? This sunny tourist paradise conceals shadowy secrets - violent native unrest, a sunken treasure guarded by legendary Jumbies, and a bloodthirsty cult. Susan literally dives into her investigation of the sunken treasure ship, where John drowned, and its link to the photo of underwater petroglyphs he'd sent before his death. To find the truth, she must work with her number-one suspect - Vic Manden, the salvage expert who was working the site with John. Resisting her attraction to the unpredictable combat vet, Manden, Susan is soon in over her head in more ways than one. The only way through the murky intrigue is to dive deeper into the clues in her disturbing psychic visions.

"A superior mystery and suspense novel with solid characters, some very spooky goings-on, and lots of wonderful writing.... An intellectual thriller? Absolutely." (Dan Hays, Statesman Journal)
"A highly palatable soup of the novel.... She galvanizes considerable interest from the reader." ( Locus Magazine)
"A page turner from beginning to end." ( The Bellingham Herald)

What listeners say about Islands