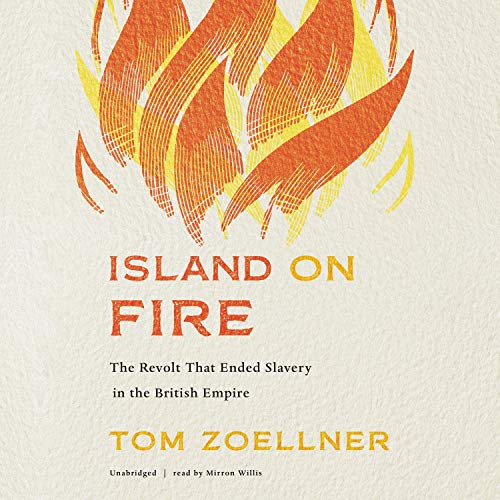 By: Tom Zoellner
Narrated by: Mirron Willis
Try for $0.00

From a New York Times best-selling author, a gripping account of the slave rebellion that led to the abolition of slavery in the British Empire.

For five horrific weeks after Christmas in 1831, Jamaica was convulsed by an uprising of its enslaved people. What started as a peaceful labor strike quickly turned into a full-blown revolt, leaving hundreds of plantation houses in smoking ruins. By the time British troops had put down the rebels, more than a thousand Jamaicans lay dead from summary executions and extrajudicial murder.

While the rebels lost their military gamble, their sacrifice accelerated the larger struggle for freedom in the British Atlantic. The daring and suffering of the Jamaicans galvanized public opinion throughout the empire, triggering a decisive turn against slavery. For centuries bondage had fed Britain’s appetite for sugar. Within two years of the Christmas rebellion, slavery was formally abolished.

Island on Fire is a dramatic day-by-day account of this transformative uprising. A skillful storyteller, Tom Zoellner goes back to the primary sources to tell the intimate story of the men and women who rose up and tasted liberty for a few brief weeks. He provides the first full portrait of the rebellion’s enigmatic leader, Samuel Sharpe, and gives us a poignant glimpse of the struggles and dreams of the many Jamaicans who died for liberty.

What listeners say about Island on Fire

As a Jamaican expatriot who was afforded a very good High School Education I was surprised to learn how little I knew of my own roots. I have recommended this book to others and will definitely be listening again to absorb some more to pass on to my grandchild.

This is a must read!

Brilliantly written and very well read. Harrowing at first, then ultimately profoundly inspiring. Stick through the wrenching descriptions about the horrors of slavery. It makes the miracle of liberation all the more momentous.

History at it's best!

A must read. This is a facanating, heart wrenching story. A bonus that it's well read.

There are no other words to describe the treatment of Africans by Europeans in Jamaica. Heinous and barbaric, to say the least and Tom Zoellner told the story exceptionally well. This is a must read for anyone wanting to know the history of Jamaicans, and indeed the history of enslaved peoples all over the world.