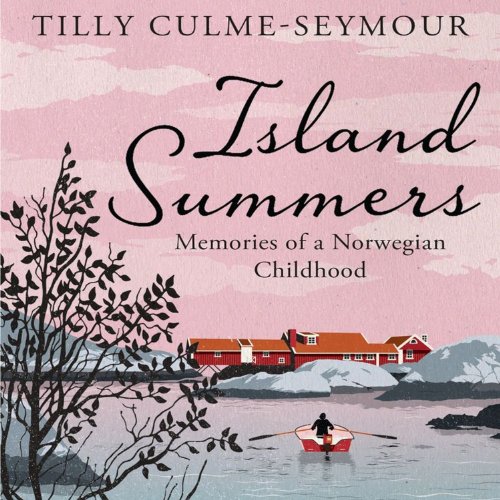 By: Tilly Clume-Seymour
Narrated by: Cat Gould
Try for $0.00

In 1947 Tilly’s grandmother bought an island. Its name is Småhølmene and it sits just off the coast of Norway. At first sight, the island seems bare, hardly more than a collection of rocks rising determinedly out of the water. But Mor-mor, as she was known, could see that Småhølmene was more than that when she purchased it in exchange for a mink coat. She built a two-storeyed wooden cabin on the island, an enclave against the sea water that would dash against the outlying rocks, galloping up the lagoon to slap against the moored boats. This is where Mor-mor and her young family would come every summer, escaping their mollycoddled life in the English countryside to run wild, get burnt, forage for juniper berries, thieve for gull eggs and swim in the shining sea. Lean and chic, Mor-mor smoked voraciously and scandalised the local villagers by cycling to the shops in nothing but a healthy tan. She loved the island fiercely; in her otherwise turbulent life, its rugged outcrops, messy abundance and promise of absolute solitude were constants that lasted throughout the years. This is the inheritance that Tilly embraced many years later when her own mother brought her family to Småhølmene. And when the island was in danger of being sold, she was spurred to do something that no one else had done before – she decided to spend a winter there, alone with her boyfriend. Fending for themselves, they were utterly cut off from outside help. But, in the silence of the cold, they gradually discovered that even in the bleakest of times, the island could take on new life. Glittering and bittersweet, Island Summers lovingly portrays three generations of women and the island that became so irrevocably part of their lives. Now Mor-mor’s great-grandchildren are taking their turn, enjoying endless summers on Småhølmene, continuing the story that was begun over 50 years ago.

What listeners say about Island Summers

I had a lovely gentle time listening to this book. Now, I have a much better idea what it is like to holiday on an island on the Norwegian coast especially in a family situation. I really enjoyed the details, all nicely explained.