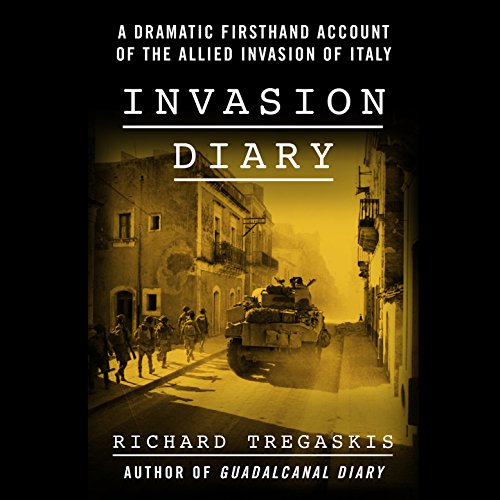 By: Richard Tregaskis
Narrated by: Pat Grimes
Try for $0.00

The Allied invasions of Sicily and Italy in 1943 were bloody and pivotal, securing the Mediterranean, capitalizing on the overthrow of Mussolini, and pinning down German troops that could have been used on the Russian Front or in France after D-Day. The men who made the Allied victories in Sicily and Italy possible - soldiers and officers, bombardiers and drivers, doctors and generals - are honored and remembered in these minutes by famed war correspondent Richard Tregaskis. His experiences take him from bomb-bay doors over Rome, to the chaotic front lines in Italy, where he nearly died from a shrapnel wound. The uniquely American features of the Second World War are unforgettably inscribed through the pen of Richard Tregaskis.

What listeners say about Invasion Diary