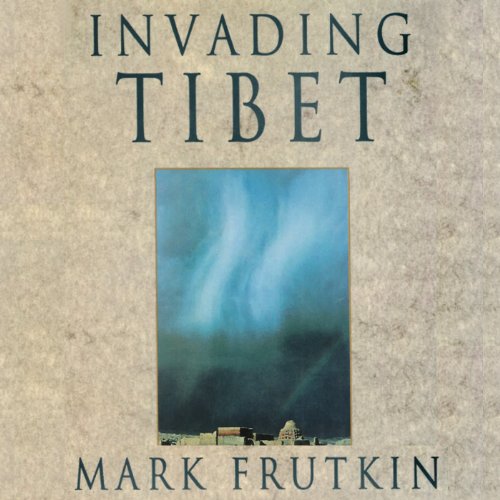 In 1904 a force of 2,500 British Imperial troops invaded Tibet. Their mission was to march on the fabled capital of Lhasa and seize its ruler and spiritual head, the Dalai Lama, and compel him to expel foreign provocateurs. All this was but another strategic deployment in the Great Game being played by the major European powers as part of their international one-upmanship and global jousting.

The soldiers were accompanied by London journalist Edmund Candler, who reported the experiences of the invaders (and published them in a book afterward: The Unveiling of Lhasa). As Candler notes, the further into the country they march, the odder things get, and the less certain they become of their mission. Tibet seems a cryptic place, full of magic and menace, rocks and snow, and natives that look like clay. Most of the time it is as if they, the Westerners, are invading nothing. Tibet seems an awesome emptiness bounded by soaring mountains, yet something is there, awaiting them. But it is more like a rendezvous - an appointment with a metaphysical reality far greater than the Europeans' mechanistic concept.

The Tibetan troops who resist are easily dispatched by the invaders' superior weapons, yet it is the English who are unnerved. The fallen defenders do not cry out, they do not weep. The deeper the British trek, the more penetrated and undone the soldiers feel. The commanding officer grows sick and weaker the further they advance, as if he himself were violated by the incursion. Some of the men under his command become contentious, others lust for punitive combat with no quarter given. Yet, as Candler observes, the enemy they most often engage is themselves.

Unlike the rest, Candler is enthralled - mesmerized by the extraordinary terrain and events; it is obvious to him that no objective awaits the invasion force in Lhasa, despite what the officers insist. Yet he continues on with them, drawn by the ineffable beauty and mystery of this fabled realm into which they have trekked with their demonstrable superiority and high-minded, self-serving purposes.

This was a sad book

So why was there so little mentioned of the evidence of the British in their Trek to kidnap the Dali Lama!
Why was this more about the people of Tibet, which will and did all change after losing their spiritual leader.
So much more could have been said.