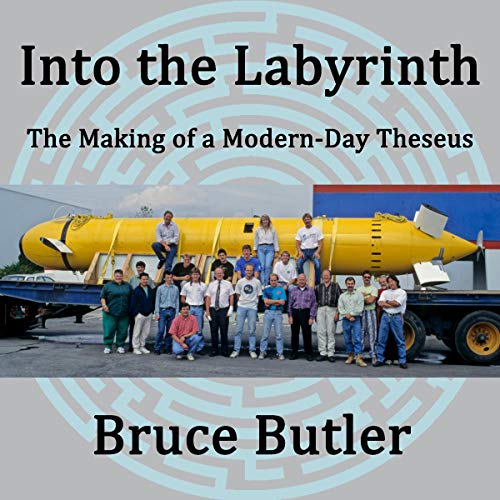 Project Spinnaker was a joint Canada-US defense project conceived in the waning days of the Cold War. Spinnaker’s secret purpose was to reassert Canada’s Arctic sovereignty by providing the capability to monitor submarine traffic in Canadian Arctic waters.

The star of Project Spinnaker was Theseus - a massive, Canadian-made, autonomous underwater vehicle designed for a single purpose: laying fiber-optic cable in ice-covered waters. More than 2,500 years after the mythical Greek hero Theseus ventured into the labyrinth on the island of Crete to slay the Minotaur, the submarine Theseus was launched into an undersea labyrinth with a strikingly similar goal: lay nearly 200 kilometers of fiber-optic cable on the seafloor of Canada’s Arctic, then turn around and follow it back out.

With a foreword by Dr. James R. McFarlane, OC, CD, P.Eng., FCAE, and endorsements by several well-known experts in the sub-sea industry, Into the Labyrinth provides a fascinating glimpse into the sub-sea industry of the 1980s and ‘90s set against the backdrop of Canada’s stunning yet hostile High Arctic.

What listeners say about Into the Labyrinth