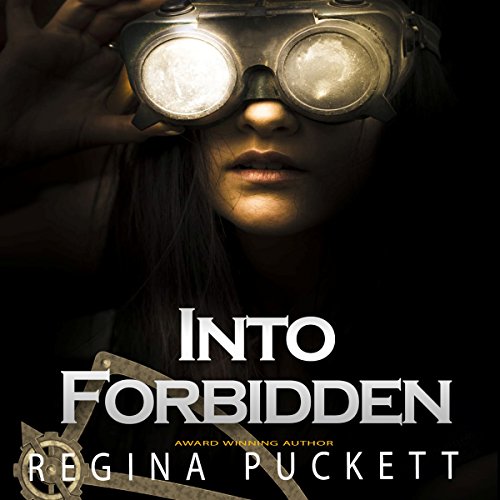 Freedom isn't a place Harmony would normally travel to, but she's there on a mission to rescue her brother and cousin, Walker and Journey.

Since The Great War, the world has become a barren and unfriendly place.

If Harmony didn't already know that, she certainly does the moment she winds up in the walled-off city of Freedom. It turns out that this city is anything but free. Its people are ruled by a group of huge, spiderlike robots, aptly named Overseers.

Harmony's big plan is to get in there, rescue Walker and Journey, and then steal one of the Overseers' steam engines to use in their big escape. The only thing going in her favor is a runaway from Freedom and two rusted-out, falling-apart robots who have offered her their help. Now that Harmony has put together her strategy, all they need do is sneak Walker and Journey out of their jail cell and then figure out how to run a steam engine. Easy, right? Throw into this crazy mixture a few Overseers determined not to let this crackpot group escape and a steam engine low on water, and the adventure turns into a long flight to Forbidden - one that's fraught with danger.
©2015 Regina Puckett (P)2015 Regina Puckett

This is book 2 of the Forbidden series (a YA / sci fi / fantasy story). It is well written and picks up where book 1 left of at. The robots are now taking over the world. Read along with this great adventure that is family friendly (with the exception of a few swear words - no biggie). The author, Regina Puckett did a good job at this YA novella. The story is original and well thought and the plot is interesting. The narrator, Hollie Jackson did a good job in her narrations with multiple voices. Well done.

I received this audio book as a gift in exchange for a honest review.