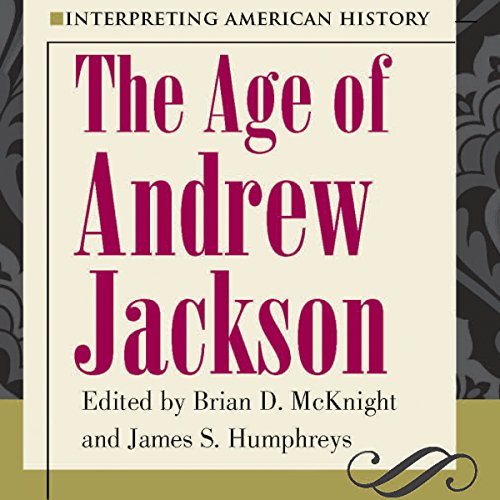 The inaugural volume in a new historiography series

Historians possess the power to shape the view of history for those who come after them. Their efforts to illuminate significant events of the past often result in new interpretations, which frequently conflict with ideas proposed by earlier historians. Invariably, this divergence of thoughts creates a dissonance between historians about the causes and meanings of prior events. The Kent State University Press' new Interpreting American History Series aims to help listeners learn how truth emerges from the clash of interpretations present in the study of history.

In the series' first volume, Interpreting American History: The Age of Andrew Jackson, experts on Jacksonian America address the changing views of historians over the past century on a watershed era in U.S. history. A two-term president of the United States, Jackson was a powerful leader who widened constitutional boundaries on the presidency, shaping policy himself instead of deferring to the wishes of Congress.

The essayists in this volume review the most important issues of the period - including the Corrupt Bargain, Nullification Crisis, Indian Removal Act, and Jacksonian democracy, economics, and reform - and discuss their interpretation over the last hundred years by such historians as Frederick Jackson Turner, Richard Hofstadter, Arthur M. Schlesinger Jr., Sean Wilentz, Robert V. Remini, Daniel Feller, and David Walker Howe.

An insightful compilation of essays, Interpreting American History: The Age of Andrew Jackson will acquaint listeners with the 19th century world of Andrew Jackson and the ways in which historians have interpreted his life and times.

What listeners say about Interpreting American History: The Age of Andrew Jackson

Way over my head.

Andrew Jackson always interested me but I never purchased any books about him. All my prior readings on him were only chapters of larger books. I listened to the demo for this book and decided to jump on in.

Buyer beware. This is not an easy book to listen to. This book is more on the level of a doctorate thesis. You should have a solid grounding in the life and times of Jackson in order to enjoy this book. In addition, you should also have extensive knowledge about past historians and their views as this book is a comparative study

Recommended only for the master level and above student