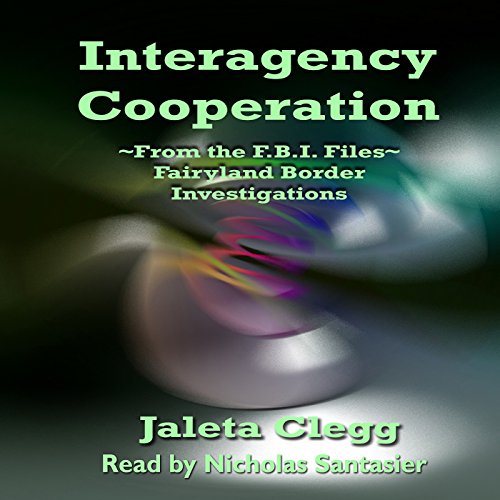 Tess gets an abrupt introduction to the FBI - Fairyland Border Investigations - when two redcaps cross into Goose Creek and go on a killing rampage.

The early morning phone call was disturbing enough. Two murders in the mercantile downtown and it looked like some freaky kind of serial killer. But Tess's day really turns on its head when she receives unexpected help from the FBI - Fairyland Border Investigations. Her killers aren't ordinary cultists or asylum escapees. They're worse, much worse. Insane redcap gnomes won't stop killing until the whole world is painted red in blood. Or until they're stopped by an elf agent and a detective with a little too much Irish in her background.

What listeners say about Interagency Cooperation