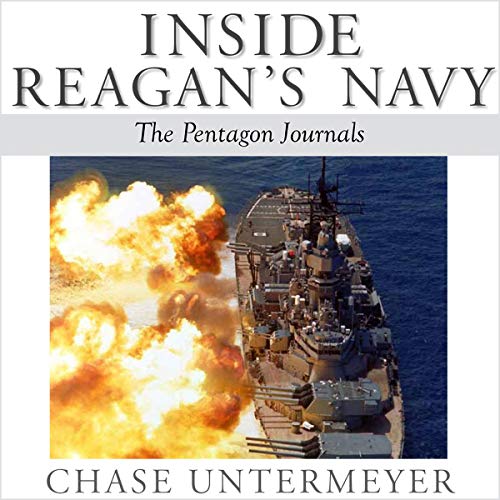 Inside Reagan's Navy: The Pentagon Journals

Inside Reagan's Navy: The Pentagon Journals

While serving as an assistant to Vice President George H. W. Bush, Chase Untermeyer concluded that the only way to learn how the US government really works was to leave the silken cocoon of the White House and seek a position in one of the departments or agencies.

In March 1983, when offered an appointment as a deputy assistant secretary of the Navy, he jumped at the opportunity. After only a year as a “DASN,”, he was named by President Ronald Reagan as assistant secretary for Manpower & Reserve Affairs, in charge of all personnel issues affecting nearly one million sailors and Marines and a third of a million civilian workers.

Inside Reagan’s Navy offers an engaging, up-close narrative of Untermeyer’s experiences in the Pentagon, interwoven with descriptions of events and people, humorous anecdotes, and telling quotations.

As in his earlier book, When Things Went Right: The Dawn of the Reagan-Bush Administration, Inside Reagan’s Navy paints a portrait of official Washington during the Reagan years, with its politics, parties, and personalities.