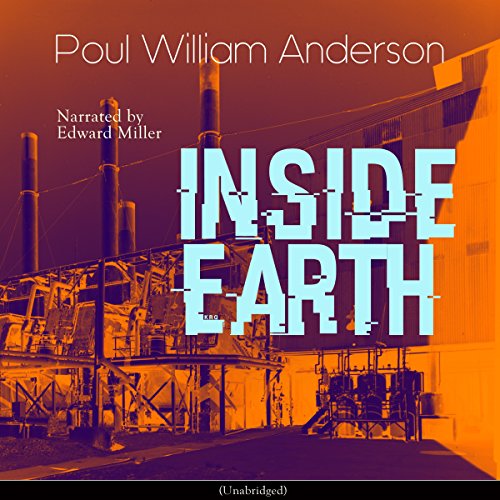 By: Poul William Anderson
Narrated by: Edward Miller
Try for $0.00

An action-packed and knowledgeable sci-fi tale by multi award-winning and prolific author Poul William Anderson. The story is set in the not too distant future. Earth has been conquered and the rather too humanoid new rulers extract heavy taxes, control the industry and even reproduction... Something has to be done! But there are those who are against this...
©2016 Audioliterature (P)2016 Audioliterature

What listeners say about Inside Earth

Life under the boot of occupation

Inside Earth is a 1951 Poul Anderson short story. The futuristic tale takes place after Earth has been occupied by a militarily and technologically advanced alien empire. Perspective is provided by an alien of the empire going "undercover" as a human to infiltrate a nascent rebellion effort. Rather than sabotaging the effort, the mission is to support the rebellion in an attempt to aid humanity in putting aside their petty differences, bigotry, and discriminatory attitudes towards each other. The belief is that humanity will never be able to assume their participatory role in the burgeoning empire if there isn't a unified planetary sense of identity.

Th sci-fi elements are minimal and crude with vague faster than light travel along with aliens that sport simple cosmetic distinctions with humans. Mentally and psychologically, the aliens are comparable to any educated, enlightened human. The appeal of the tale is the perspectives and impressions of the alien undercover agent who not only has a fondness for humans, but develops emotional attachments. Clearly, Anderson was providing some insightful and critical social commentary given the global state of affairs developing in the post WWII time frame. Ironically, the message is as relevant today as it was then.

The narration is less than optimal. It's unclear if the narrator was attempting to convey a robotic, alien patois and delivery which is in contrast to the actions and the supportive approach the agent manifests.