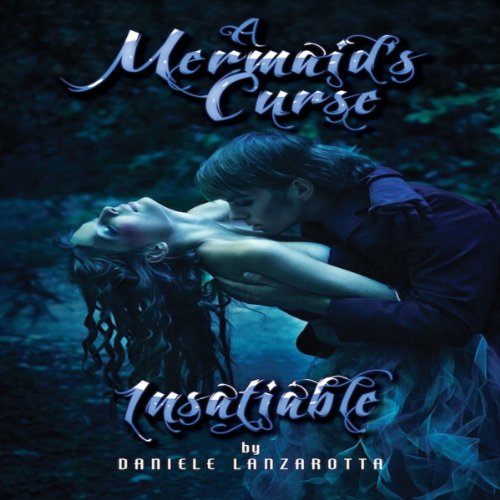 Arianna always felt like she didn't belong in the world where she was born. Ever since she was little, she used to hide behind the rocks in the sea, and watch the human family who spent their summers on that island. Over the years, there was nothing she wished more than to be like them, especially so she could get close to Blake, the human boy who she saw turn into a troubled teenager and then, an unhappy man.

Once her dad grows tired of her dreams and hopes for a reality that is not her own, Arianna is thrown into an arranged marriage, and her only way out of it is to make a deal with the power-hungry man who will give her everything that she has ever dreamed of. Dreams that turn into nightmares as she watches Blake's world fall apart, because of her and Blake's inability to control their desires for one another. (Due to sexual content and language, this book is recommended for 17+)

What listeners say about Insatiable

The only good thing about this book was the performance by the actors who read it... there was not a single moment where I wonder what was going to happen?? The story was flat and too girly for my taste. I still don't understand why it says recommend for adults...this book read like a teenager fiction there was hardly any sexual scenes and when there was, description was lacking. Needles to say I will not be reading the next book on this series.

I barely made it a minute into this story.

Not only does it have sound effects, that were not expected. But the female narrator read far too quickly at the normal 1.0x speed.

I love mermen/mermaid themed stories, but having unexpected sound effects and too fast of a narrator is not a great part of a story. How is a person able to think about what’s going on when its going to fast? I know people would say to slow it down, but at 1.0x speed, I expect an already slower voice.

Also, if you’re going to use sound effects please warn people in advance. Not everyone likes that in audiobooks.

Disclaimer: I received a free code from audiobookcrave. All opinions are my own

These characters break my heart. It’s such a romantic story but nothing goes right for any of them.

**Spoilers **
I should have read more reviews before I listened to this!! I was disgusted when Blake (although he loves Arianna) was told by his father to habe sex with his fiancee loud enough to where he could hear them!!! Are you freaking kidding me??!!! And yes....he freaking does it! I thought for sure he wouldn't go through with it but I stopped instantly the moment I heard he f***ed her. Argg!! I then skipped near the end and then found out it was a stinkin cliffhanger. So, if you don't like the unfaithful ass wipe who does everything his abusive dad does then you DO NOT want to read this! I knew it was an adult book going in, and that's fine but I detest books that have the H or h have sex with other people even tho they are in love with another person. Ok ok, I'll shut up now but I'm still freaking pissed off!!

This book is unique and special. I had a good time reading it. I am really looking forward to the next book in the series.

What made the experience of listening to Insatiable the most enjoyable?

Wow, the narration and music were awesome!!! I loved it. I've never heard audio done like this.

It was a good story. Parts of it went fast, but I really liked it.

The story was different. Can't say if I really liked it or not. The one thing I did enjoy was the narration. I wish all audio books had the male voices for male parts and female voices for female parts. It really makes the book enjoyable. Worth a credit?? I can't say.

I loved this book from beginning to end. I can't wait to read the next book