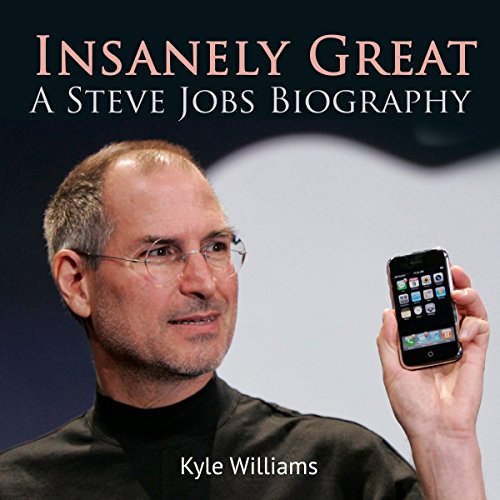 Steve Jobs was an American entrepreneur, businessman, inventor, and industrial designer. Jobs was the chairman, and the chief executive officer (CEO), and a co-founder of Apple Inc.; CEO and majority shareholder of Pixar; a member of The Walt Disney Company's board of directors following its acquisition of Pixar; and founder, chairman, and CEO of NeXT. Jobs and Apple co-founder Steve Wozniak are widely recognized as pioneers of the microcomputer revolution of the 1970s and 1980s.

He was born in San Francisco to parents who had to put him up for adoption at birth; he was raised in the San Francisco Bay Area during the 1960s. Jobs then attended Reed College in 1972 before dropping out, and decided to travel through India in 1974 seeking enlightenment and studying Zen Buddhism. Jobs's declassified FBI report stated that an acquaintance knew that Jobs had used marijuana (the formerly illegal drug in California), and LSD while he was in college. Jobs once told a reporter that taking LSD was "one of the two or three most important things" he did in his life.

Jobs and Wozniak co-founded Apple in 1976 to sell Wozniak's Apple I personal computer. The visionaries gained fame and wealth a year later for the Apple II, one of the first highly successful mass-produced personal computers. In 1979, after a tour of PARC, Jobs saw the commercial potential of the Xerox Alto, which was mouse-driven and had a graphical user interface (GUI). This led to development of the unsuccessful Apple Lisa in 1983, followed by the breakthrough Macintosh in 1984. In addition to being the first mass-produced computer with a GUI, the Macintosh introduced the sudden rise of the desktop publishing industry in 1985 with the addition of the Apple LaserWriter, the first laser printer to feature vector graphics. Following a long power struggle, Jobs was forced out of Apple in 1985.

It's amazing what all Steve Jobs has accomplished considering the circumstances of his childhood. I went into this book knowing very little about Steve's personal life. The fact that he was a college dropout and former LSD user was shocking to me. His success is inspiring but, some of his personal life choices like not taking responsibility for his child and using his business partner was disappointing. I guess at the end of the day he was just as flawed as everyone else. I requested this book in exchange for my honest review to learn more about the genius behind so many of the products that make my life easier and entertaining.

I found this to be a very interesting listen. Some of the information that was presented was new to me, and it certainly affected my impressions of the man.

I found this maybe honest but a very negative biography. Thirty odd minutes is not long enough to get to know someone.Stephen Paul Aulridge gave a spirited narration.I was voluntarily provided this free review copy audiobook by the author, narrator, or publisher.”

I don’t quite know what to say about this book. It was informative, but incredibly brief. There were parts I wish were more fleshed out, like if Jobs was such a cruel and terrible person, how did he form a lasting friendship with Wozniak? It was just lacking in some information that would have benefitted.

I think the author went a bit far in showing that Jobs was a real person, because he comes across as one of the worst people to have ever lived. And yes, he did make mistakes, and he did do some terrible things, but this book feels like it emphasises that part of his character. It would have been nice to hear more about Apple, which is what he’s actually famous for.

A decent synopsis..almost more of a short podcast.

Where does Insanely Great: A Steve Jobs Biography rank among all the audiobooks you’ve listened to so far?

What I liked about it was that it is succinct...I've always wanted to know more about Steve Jobs and this book was certainly helpful in that endeavor. It's hard to rank it among audio books as I've read some that were absolutely masterpieces...like an author's magnum opus. I could hardly compare this book to a work like that given that this is more like a short podcast than a full audio book.

For me the ending fell flat as I felt that many important issues weren't well fleshed out. For example, the author goes into quite a bit of detail re: Job's schizoidal tendencies towards human relationships, at times bordering on antisocial cruelty in his interactions yet he doesn't explain how/why Jobs and Wozniak were able to develop a close friendship...for me that was a major inconsistency that ultimately seemed to be a result of this book being too short and failing to contain some critical info that would have tied it all together better. There were a few instances of this sort of thing throughout the book.

What about Stephen Paul Aulridge Jr’s performance did you like?

Aulridge Jr. did a great job; his narration conveyed an interest in the material and his tone remained comfortable and conversational, as if he was sitting in my living room casually discussing the life of Steve Jobs.

Get to know Steve Jobs a Little Better...

Thank you very much to Audio Book Boom, Stephen Paul Aulridge Jr. and Kyle Williams for this complimentary audio book in exchange for my fair and unbiased review!

I requested this book because it’s a short bio of one of the most notorious and financially successful men in the 20th century, and the length of the audio was just right for me to satisfy my curiosity about Steve Jobs.

The narrator, Steven Paul Alridge Jr. Did a good job.

I received this audio-book free for an honest review by the author, narrator, or publisher. Thank you!!!

If you found this review helpful would you please take a moment to click yes below, thanks!

Insanely Great: A Steve Jobs Biography by Kyle Williams was a good read. This was a good quick read about Steve Jobs. From his beginnings to being the CEO and co-founder of Apple Inc.

It really isn't the best book about Steve Jobs, but sure is the shortest. I wouldn't recomend it due to really shallow content of it, with no new information on the subject.

Getting more deep with more information, specially from the latter part of Job's life.

The begnning was quite pleasant, talking about Steve's social life and his parents.

What else would you have wanted to know about Kyle Williams’s life?

Ah? The book isn't about Kyle, you guys know that, right?

If you don't know much about Steve Jobs and are looking for an introductory biography, this is a good choice. Informative and interesting. Good narration!


I was given this free review copy audiobook at my request and have voluntarily left this review. The fact that I was gifted this book had no influence over my opinion of it

I picked up this wondering how much could be covered of Steve Job's life in 30 minutes. The answer: not much.

The book is interesting enough for what it is, but extremely short and strangely paced. The book puts a large emphasis on his early life - with more than half being about his life up to the end of high school, before he has really done anything. It then breezes quickly through starting Apple, mentions leaving apple and Next and Pixar, then his return to Apple. None of these are given more than a paragraph each.

Time is spent on discussing his personal foibles and problems, and the thesis of this book is that much of it comes back to Job's adoption and a perceived fear of abandonment. It's an interesting thesis, but there is not enough time here to flesh it out in any meaningful way.

Overall, too little info on his achievements and what he actually achieved in life.

Narration by Stephen Paul Aulridge Jr was good. Well paced and clear, easy to understand. Nothing outstanding with it, but Aulridge has very little to work with in the text to begin with.