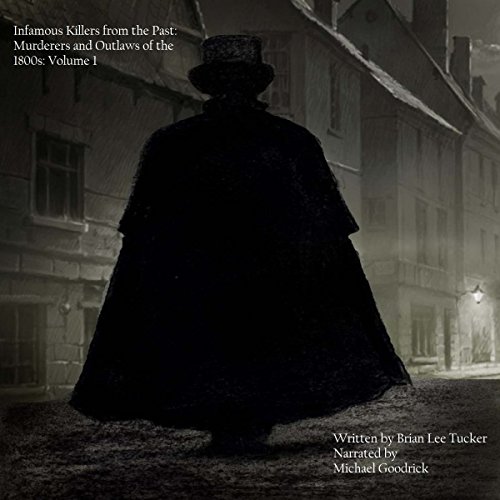 Infamous Killers from the Past

Infamous Killers from the Past

Over a century before the public coined the term "serial killer" to describe prolific killer Ted Bundy, there were serial killers who made Bundy seem mild in comparison:

Jack the Ripper - the best-known name for a still unidentified serial killer who slaughtered prostitutes in Whitehapel, England, in the late 1800s.

H. H. Holmes - he built his famous "murder castle". Holmes trapped, tortured, and murdered possibly hundreds of guests at his Chicago hotel, which he opened for the 1893 World's Fair.

Jane Toppan - the "angel of death". A 26-year-old nurse from Boston, Massachusetts, who gave lethal injections of morphine to 31 hospital patients and was suspected of having killed an additional 70 patients over the course of a two-decade career. When apprehended, she said she wanted to kill more people than anyone who has ever lived before....

In Infamous Killers from the Past, author Brian lee Tucker has assembled 15 profiles of some of the most prolific and vicious killers that ever lived - and were killing long before the term "serial killer" existed.

The narration of “Infamous killers from the past vol 1” is like listening to your overly excited weird kid brother (who just learned about serial killers and has braces) tell you everything he knows about this book and trying to read passages aloud. Lots of spit, bad pronunciation, funny stop starts as he desperately tries to catch his breath without actually pausing for a second for fear that you’ll lose interest.
The information may have been good and informative, but I couldn’t stop thinking about the narrator as a child talking too much, too fast and it really took me out of it.
Information gets 2 stars
Narrator gets 1 star for weird reading, but another star for conjuring up weird creative imagery in me.