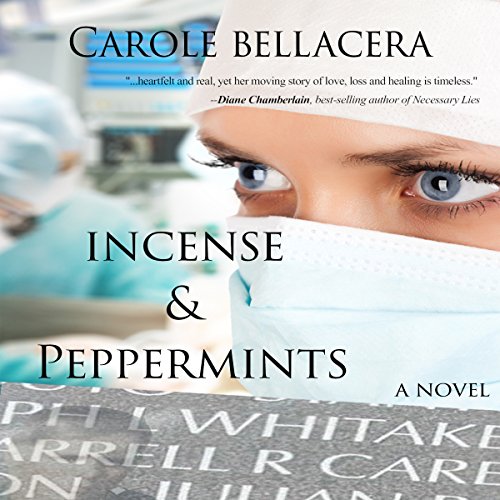 By: Carole Bellacera
Narrated by: Angie Hickman
Try for $0.00

On a snowy February day in 2011, 62-year-old Cindy Sweet receives a Facebook message from a dead man - Warrant Officer Ryan Quinlan, who supposedly died in Vietnam 40 years earlier. He'd been Cindy's fiancé before an RPG took out his Dustoff chopper, killing all aboard. Cindy, a young combat nurse at the 24th Evacuation Hospital at Long Binh, had been devastated by her loss but, with no other choice, had served out her year in Vietnam - and even found love again.

Incense & Peppermints is a novel about patriotism, loyalty, enduring love, unimaginable courage, and devastating loss. It's the story of one woman's year in a war zone during the most unpopular war in US history.

What listeners say about Incense & Peppermints

Loved it !! I couldn't stop listening. Great Love Story about a nurse in Vietnam.