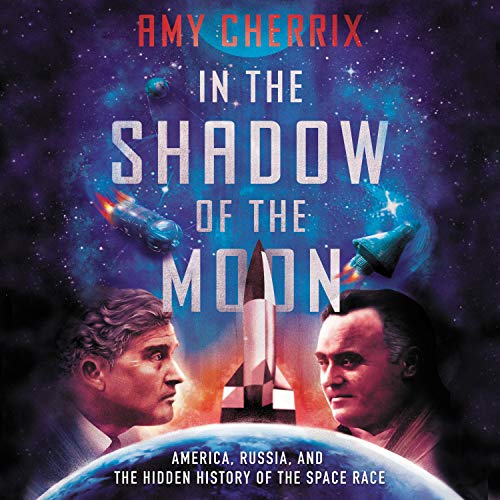 In the Shadow of the Moon

By: Amy Cherrix
Narrated by: Josh Horowitz
Try for $0.00

An exhilarating dive into the secret history of humankind’s race to the moon, from acclaimed author Amy Cherrix. This fascinating and immersive read is perfect for fans of Steve Sheinkin’s Bomb and M. T. Anderson’s Symphony for the City of the Dead.

You’ve heard of the space race, but do you know the whole story?

The most ambitious race humankind has ever undertaken was masterminded in the shadows by two engineers on opposite sides of the Cold War - Wernher von Braun, a former Nazi officer living in the US, and Sergei Korolev, a Russian rocket designer once jailed for crimes against his country - and your textbooks probably never told you.

Von Braun became an American hero, recognized the world over, while Korolev toiled in obscurity. These two brilliant rocketeers never met, but together they shaped the science of spaceflight and redefined modern warfare. From Stalin’s brutal Gulag prisons and Hitler’s concentration camps to Cape Canaveral and beyond, their simultaneous quests pushed science - and human ingenuity - to the breaking point.

From Amy Cherrix comes the extraordinary hidden story of the space race and the bitter rivalry that launched humankind to the moon.

What listeners say about In the Shadow of the Moon