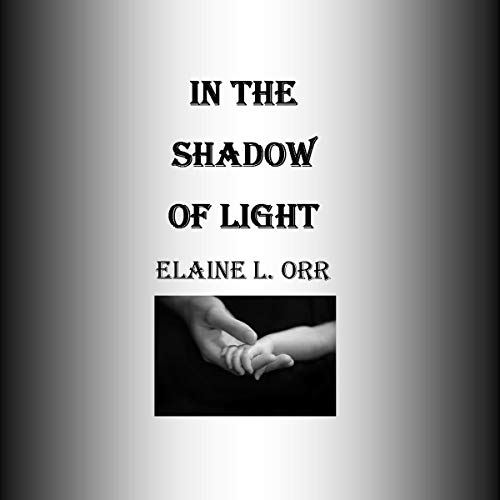 In the Shadow of Light

Corozón, her mother, and her little brother, Pico, have left Honduras to seek asylum in the US. Grandfather Tito and her father, Manuel, saved the life of Colonel Bill, an American soldier, many years ago. It's probably part of the reason Corozón's father was murdered. They believe they are fleeing to safety but don't know about the family-separation policy.

While they flee northward, the daughter and friend of the DOJ employee who has become the face of the policy attend a birthday party. But they don't make it home. Someone wants young Kyra's father to feel the pain of the separated families.

Thanks to a nighttime photo snapped by a freelancer, Corozón's terror at having her little brother pried from her resonates with many. A Washington Post reporter joins Colonel Bill to try to find the family. But the DOJ isn't helping nearly as much to get young Kyra released.

Fiction authors sometimes try to avoid bringing their corner of the real world into their Twitter or Facebook pages. We want people to think of our works, not causes we advocate or protest. Other times, we feel we have to take a stand. When politicians start seizing children from their parents, I speak out. I put my anger into the story of Corozón and her family who seek asylum in the US after her father is murdered for refusing to pay for gang "protection". The story is not hers alone. Through the eyes of two children, Corozón and Kyra, an American child, we see not only the sorrow but how people can come together to build justice and joy.

What listeners say about In the Shadow of Light

A moving story of our southern border

Corazon Sanchez, her baby brother Pico, and their mother, Isabella, have walked from Honduras to the US-Mexico border, fleeing the gangs that killed Corazon's father, Manuel. They wanted more protection money for the family's store than they can afford to pay. Also, though, Manuel and his father, Tito, helped save the life of an American soldier, Colonel Bill Haines, years ago when Manuel was a young man. That may also have been a sore spot for the gangs.

And they left too quickly to let Colonel Bill know they were coming.

Meanwhile, civil rights activists, social workers who have to care for some of the frightened children, even Border Patrol agents who never thought that they were signing up to rip children from their parents, want to do something, though they don't yet know what.

And somewhere, someone has decided on the something.

A shadowy group kidnaps Kyra, the ten-year-old daughter of the most visible spokesman for the family separation policy. By chance, Kyra's best friend Bethany is with her, and also taken.

When Corazon, her mother, and her brother arrive at the border, they are quickly spotted by--not the Border Patrol agents that don't like this policy. They're agents who are positively eager to enforce it, as harshly as possible. The children are immediately separated from their mother. Because Corazon clings so tightly to her year-old brother, and he to her, it takes longer to separate them, but it happens.

But a freelance reporter is close enough to get pictures of the initial separation of Isabella and her children, and the swiftness and brutality of it. He contacts a reporter at the Washington Post.

And Colonel Bill, when those pictures are published, recognizes Isabella from the pictures Manuel sent over the years. Events start building toward a climax.

There's a lot happening here, and Orr gets in done with compact, elegant efficiency. The characters are beautifully developed with not a lot of words, and both the urgency and the ambiguity of people, events, and actions is made clear with a delicate tough.

I received this audiobook as part of Audible's Audible Originals program, and am reviewing it voluntarily.