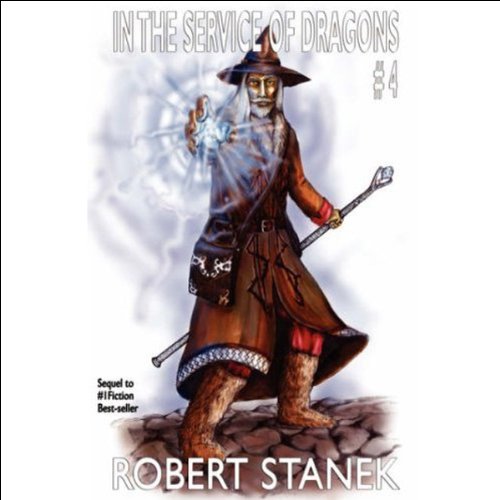 In the Service of Dragons IV

In the Service of Dragons IV

By: Robert Stanek
Narrated by: Karl Fehr
Free with a 30-day trial

A dark shadow has been cast across the known lands. War sweeps through the divided nations of men and elves. There is great despair for the future of men, for if the greatest of all kingdoms can fail there can be no hope in tomorrow's tomorrow for any man in any land. Yet there is deeper despair amongst the elven peoples where for the first time in recorded history the elves of the West and East are at war with each other.

In such a dark time, there can be little hope, and yet there are those who do hold out hope. Hope that the righteous and just will prevail. Hope that tomorrow's tomorrow will bring a better day. But turning back the tides is an unlikely as turning back time. What's done is done. The Alder King is dead, murdered by his enemies: the very enemies that have taken the heart of his kingdom and with it the kingdom himself.

There can be no doubt that an enemy king has extended his reach and taken the prize he so coveted. Yet the thing he prized above all else, the thing that spurned him, has escaped his grasp. Other things have escaped his grasp as well. In those things lies the hope for a future without tyranny: a hope for the peoples of Ruin Mist; and to win freedom is to win the future for everyone and everything.

But what of the elves far across the great sea? Is their hope folly and their folly hope? If men succumb to the darkness, the light of the elves must surely succumb as well, and then darkness will rule forever. Who can know for certain, but surely the fallen sons of ages past and present must have the final say.

Get ready to enter In the Service of Dragons, Book Four.

What listeners say about In the Service of Dragons IV

I really love In the Service of Dragons. Really love? More like I'm obsessed. I listened to them, and then immediately relistened to them. I eagerly looked forward to the fourth and final book and was pleased that it delivered so well. Listening to the fourth installment was as satisfying to me as eating a large dark chocolate candy bar. Because, after all, this is the final volume in a superb fantasy.

Once again, Robert Stanek has written a compelling sequel set in the lush environment of the kingdoms and the reaches. His colorful characters feel like real people rather than types--a big thing for me--this brilliant, breathtaking conclusion brought battles, revelations, and so much more. It has left me wanting more. And so I wait for whatever the author writes next.

The Best Finale I Have Read

When I first read The Kingdoms and the Elves of the Reaches, I kept on saying to myself, 'If The Kingdoms and the Elves of the Reaches is this good, In the Service of Dragons must be even better.' Well, what I said to myself was true. Except it was better than I imagined. When I read fantasy books that revolves around a world with magic, elves and dragons, it usually takes alot for me to start enjoying the book. But In the Service of Dragons drew me in within the first chapter and I just couldn't stop reading. It was that good! This whole series is just so good, that I've read it about 5 times through.
If you liked Harry Potter, Chronicles of Narnia or other fantasy, then withouot a doubt, you'll fall in love with this book.

Robert Stanek's ruin mist stories began with the amazing Kingdoms and the Elves of the Reaches books and continued with the In the Service of Dragons books. The entire series is excellent and highly highly recommended, but he truly saved the best for last. Such a phenominal conclusion making this an even better series.

Would you try another book from Robert Stanek and/or Karl Fehr?

No, I punished myself to get through this one. Karl is a great narrator, but the story was so incomplete and full of holes.It reads like this. ""Step into my tent, I have a plan." The plan was so beautiful that they won without effort and moved out onto the plan to continue their quest." - Huh? The book lacks detail. It is multiple groups of characters that continually get into situations that resolve themselves in confusing and unknown ways. The characters refer back to conversations that were had, but not given details about. It makes me think of someone coming up with a story outline, filling in some of the story, and then pulling out the story outline. All you have left is some of the in between.

Save your money and make a better choice.