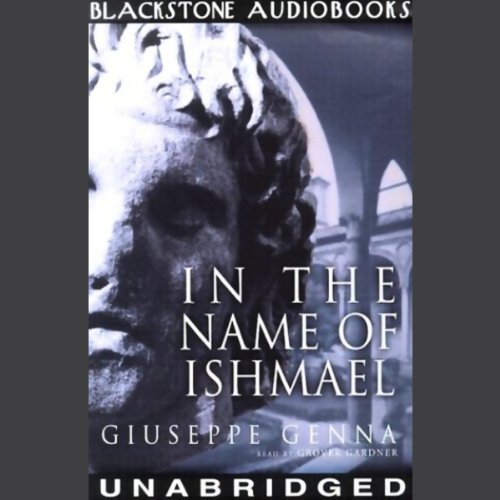 In the Name of Ishmael

In the Name of Ishmael

Set in fogbound wintry Milan, In the Name of Ishmael is the story of a secret cult of assassins and the two detectives who set out to reveal the true identity of Ishmael, the group's heavily protected and enigmatic leader.

Mysterious murders, a series of seemingly unconnected assassinations, the accident that killed Princess Diana, a bizarre sadomasochistic society, and the death of an Italian press magnate are interwoven from apparently unmatched threads in two separate time periods in Genna's chilling tale of political conspiracy and serial murder.

"...He weaves a web of mind games, trickery, and looming threat." (Publishers Weekly)
"This wildly complex thriller, combining the precision of Day of the Jackal with the eerie paranoia of The Manchurian Candidate, concocts the ultimate conspiracy theory." (Booklist)

Giuseppe Genna is a 35 year old Italian writer and editor of a literary journal, who has also worked in Italian television. The story was interesting, but predicatable. The flashbacks (30 years) were,at first confusing, but necessary to development of the plot. That said, I found his libelous ravings against Kisinger, Kennedy, and most all things American made the book difficult to finish. How soon our allies forget.

Too many pages on Kissingers tongue.

I enjoyed the start of the book, but soon found myself lost in all the dense build up to the climax. However, the final straw for me was what seemed like a 4 page review of Henry Kissinger scrapping nasty stuff off his tongue. It was nasty and added nothing. This is followed by a seemingly endless discussion of an airplane bathroom and bowel movements.

To many random vignettes that added nothing.

Not worth the effort

It seemed to start off ok but kept going back and forth over a 30 year time span. Many times it seemed to be just rambling of a person without all their facilities. The author is also obviously anti-American. My overall impression of the book can be sumarized as "crap".

I wish I had read the reviews before purchasing this book. I had to stop after the Kissinger tongue part. Boring and badly written.